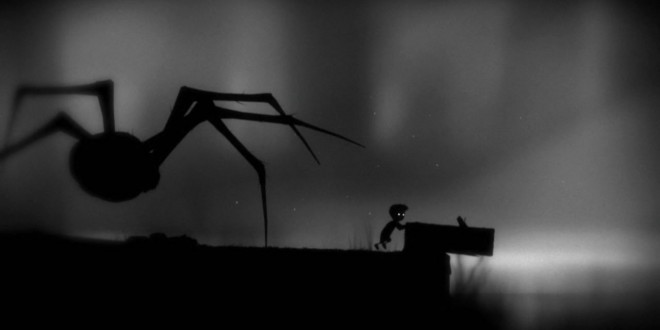 Report – Limbo coming to the Xbox One

If a recent online listing is anything to go by, Danish developer Playdead’s 2D puzzle-platformer Limbo might be getting an Xbox One port. According to a recent tweet spotted by NeoGAF, Limbo has been submitted to South Korea’s Game Rating and Administration Committee by Microsoft Korea. Nothing has been officially confirmed, so this recent listing doesn’t automatically mean Limbo is jumping to the current generation. We’ll just have to wait and see.

Limbo was released in July 2010 as a platform exclusive title on Xbox Live Arcade, and was later re-released as part of a retail game pack along with Trials HD and ‘Splosion Man in April 2011. Ports of the game for the PlayStation 3 and PC were also created by Playdead, and were released after the year-long Xbox 360 exclusivity period was completed. An OS X version was released in December 2011, while a Linux port was available in May 2012. Ports for PlayStation Vita and iOS were released in June and July 2013, respectively.

Limbo is a 2D side-scroller, incorporating the physics system Box2D to govern environmental objects and the player-character. The player guides an unnamed boy through dangerous environments and traps as he searches for his sister. The developer built the game’s puzzles expecting the player to fail before finding the correct solution. Playdead called the style of play ‘trial and death’, and used gruesome imagery for the boy’s deaths to steer the player from unworkable solutions.

The game is presented in black-and-white tones, using lighting, film grain effects, and minimal ambient sounds to create an eerie atmosphere often associated with the horror genre. Limbo received positive reviews, but its minimal story polarised critics; some found the open-ended work to have deeper meaning that tied well with the game’s mechanics, while others believed the lack of significant plot and abrupt ending detracted from the game. The title was the third-highest selling game on the Xbox Live Arcade service in 2010, generating around $7.5 million in revenue.

I’m Load The Game’s co-founder and community manager, and whenever I’m not answering questions on social media platforms, I spend my time digging up the latest news and rumors and writing them up. That’s not to say I’m all work and no fun, not at all. If my spare time allows it, I like to engage in some good old fashioned online carnage. If it’s an MMO with swords and lots of PvP, I’m most likely in it. Oh, and if you’re looking to pick a fight in Tekken or Mortal Kombat, I’ll be more than happy to assist! Connect with me by email markjudge (@) loadthegame.com only
@@MarkJudgeLTG
Previous Final Fantasy XIV’s first expansion – Heavensward – revealed
Next Deathtrap’s Early Access teaser trailer is here