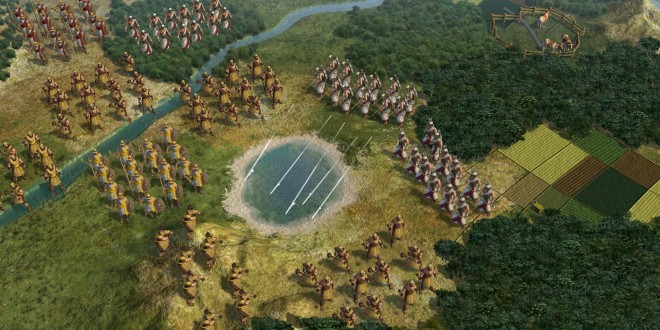 Civilization V is free on Steam this week

With Civilization: Beyond Earth coming out on October 24th, 2K Games decided to help fans of the series pass time easier. This week, Civilization V is free on Steam.

Sid Meier’s Civilization V was developed by Firaxis Games and published by 2K Games. It was released in September 2010 on Windows PC, in November 23, 2010 on Mac OS and in June 10, 2014 on Linux and SteamOS. In Civilization V, you have to take a civilization from prehistoric times to the future. In Beyond Earth, however, the story changes. The new installment will have players colonize different planets, as people have to leave Earth. A new feature of the game is the inclusion of ‘affinities’. These are philosophies on human advancement that affect the way you colonize the planet. First of all there is the Harmony affinity, which aims to co-exist with the planet through genetic modification. Those who choose this affinity are able to domesticate the natives. Then, the Supremacy affinity is based on the advanced technology. If you choose it, you will be able to use highly specialized units that aid each other in the field. Last, but not least, the Purity affinity is isolationist, as those who choose it have to build powerful structures and attempt to make the new planet similar to Earth.

Long story short, if you want to play more Civilization before the next installment comes out, head over to Steam and claim your free digital copy for Civilization V.

I'm a journalism graduate and an occasional gamer. As a kid I used to own a NES clone called "Terminator 2", which was hugely popular in my country. I like old school games and adventure games but I occasionaly play RPG's and Shooters as well, though I wouldn't call myself an expert at these kinds of games. When I'm not writing or playing games I prefer reading detective or fantasy novels.
Previous Verizon Wireless planning a Smart City
Next Archos VR will be the cheapest VR headset you can find

The Steam Exploration Sale is now live which can only mean one thing for PC ...