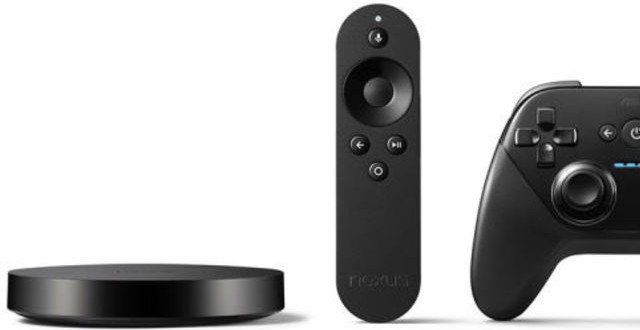 Last week Google announced the Nexus Player and was quick to make it available for pre-order from the Play Store shortly after the announcement was made. However, just the following day we heard that the search giant was forced to remove it as it lacked FCC approval. It’s unclear how such an important thing as proper certification could have been overlooked by Google, but it doesn’t really matter anymore as everything was since sorted out it seems. Earlier today, the Nexus Player was spotted in the FCC database, which means that the device should soon become available to pre-order one again.

As for its purpose, the Nexus Player is the first Android TV device made available to the public. The Nexus Player consists of a main console, a voice-activated controller and an optional gamepad. Google is asking $99 for the device, plus an extra $39 if you want the gamepad as well. As if it wasn’t cheap enough, the device also comes with $20 worth of Google Play credit for U.S. and Canada residents. The device was originally scheduled to be released on November 3rd and that presumably hasn’t changed regardless of the FCC issue, however the Google Play Store listing is still showing it as being out of stock. We expect this to change in due time, probably as soon as tomorrow.

I’m Load The Game’s co-founder and community manager, and whenever I’m not answering questions on social media platforms, I spend my time digging up the latest news and rumors and writing them up. That’s not to say I’m all work and no fun, not at all. If my spare time allows it, I like to engage in some good old fashioned online carnage. If it’s an MMO with swords and lots of PvP, I’m most likely in it. Oh, and if you’re looking to pick a fight in Tekken or Mortal Kombat, I’ll be more than happy to assist! Connect with me by email markjudge (@) loadthegame.com only
@@MarkJudgeLTG
Previous Dragon Age Inquisition’s latest video reintroduces Cassandra
Next Dev shows the re-mastering process of the original Resident Evil remake