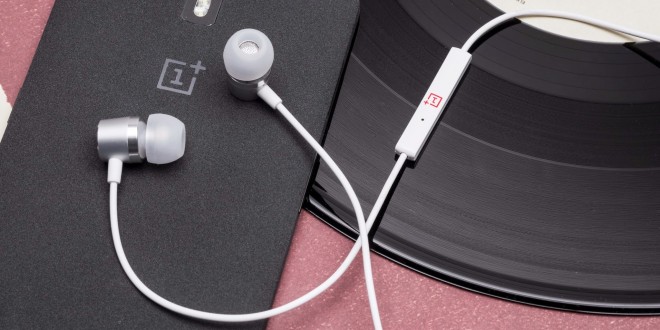 OnePlus One up for pre-order on October 27

I feel that I have to start by saying I told you so. Just kidding, although we did predict that the OnePlus One would go up for pre-order sometime this summer. It’s a step forward for OnePlus and many customers who did not get the chance to receive an invite to buy the OnePlus One will now rejoice in knowing that starting October 27, the OnePlus One will be officially up for pre-order. The flagship killer, as the OnePlus One was dubbed, has been the talk of the town for quite some time and many are delighted with what the phone has to offer, not so much about the support and service. One of the main issues with OnePlus is that they have less than satisfactory support, not replacing damaged phones on occasion and not offering refunds. The fact that they finally managed to put the OnePlus One up for pre-order says a lot about the company and we are hoping that the surge of orders will improve support.

Even though the OnePlus One is an underdog on the smartphone market, its $300 and $350 price point is the main attraction. If you haven’t heard about the OnePlus One yet, you should know that even if the price points towards a mid-range device, the OnePlus One is actually a flagship with killer specs to boast with. Even though it has its ups and downs, the handset is definitely among those with the best bang for buck ratios. Pre-orders for the OnePlus One will go live at 11 AM ET on October 27, but you will only have a one hour window to place your order. That will make for a slow site, I’m sure.

While we did expect at least a week at our disposal to order the OnePlus One, it seems that the company has decided to only allow one hour. In my opinion, this was not a good strategy to choose. While the invite system will still be available to those interested in the handset, it still seems like overkill and may leave the impression that OnePlus is toying with their customers. This has been said before and many have condemned the invite system for being too exclusive. The one hour windows seems like an unreasonable choice, because I bet that thousands of people will be placing orders and that will severely slow down the online market OnePlus has. That in turn will get customers frustrated and there is the possibility that you won’t be able to access the site because it won’t be able to handle the incoming demand. Not only that, but OnePlus has hinted at the fact that they would allow a week or so for the OnePlus One pre-order system.

Interest in the OnePlus One flagship killer is fading, even if the handset is actually a great device, with great display, CyanogenMod 11S out of the box, great camera and features, as well as an acceptable battery life. Many are saying that OnePlus is being unreasonable with the invite system and the pre-order window, and many are thinking that OnePlus should surely have the possibility of making the flagship available for more people, since it has enjoyed tremendous success since it was launched. The support issues many OnePlus One owners have had didn’t help the company’s reputation, either. In any case, we are glad to see that we at least have an hour at our disposal to order the OnePlus One. It’s still a big step forward for the company. Will you be ordering the OnePlus One? OnePlus said that they are well-prepared for a large influx of orders, so we might be pleasantly surprised. OnePlus also said that OnePlus One accessories will also be available when you pre-order for a discounted price. If you’re interested, you can go ahead and prepare your pre-order so that on the 27th you will only have to place the order, without completing any required fields.

My life-long dream has been to test out every gadget on the market! Considering the fact that I've rapidly destroyed almost every gadget I've had so far, I'm not inclined to owning something, so my ideal outcome would be to have a different gadget each month. I'm really into smartphones, wearables and tablets and I love Playstation and Xbox, I'm sure I'll beat you at your own game (after a month of training... or two)
Previous Facebook is asking the DEA to stop creating fake accounts
Next Producer Mike Gamble doesn’t know what Mass Effect 4 is, jokingly says it’s called Mass Effect IV