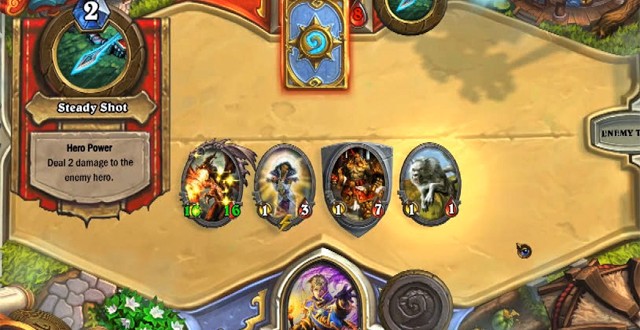 Hearthstone will arrive to Android tablets by the end of 2014

Hearthstone, Blizzard Entertainment’s popular free-to-play CCG (collectible card game) has already been a big hit on the PC ever since it was launched earlier this year. Now the company hopes to repeat that performance on Android tablets as well. A specific release date has not been announced yet, but Blizzard confirmed that Hearthstone will arrive to the said devices by the end of the year. “Throughout the past year, many of you have been asking about the release date for Hearthstone on Android,” reads a post on Battle.net. “The team has been hard at work to bring Hearthstone to that platform, and is making great progress. We’re taking things one step at a time and we’ve got our sights set on a release for Android tablets, our next new platform, before the end of the year; we’ve just got a few more mana crystals to polish and some Angry Chickens to chase down.”

Blizzard says that Hearthstone is currently in development for iPhone and Android phones as well, but we should only expect to see it on these devices sometime early next year. The company also added that the extra time will be spent on making the game as similar as possible to the tablet and PC versions. “We’re also close to having Hearthstone out to our iPhone and Android phone users, but it’s become clear that we need a little more time to get that version right,” Blizzard said. “While we have a build up and running internally, it needs a bit more work, and we don’t feel like we’ll be ready to share it with you until early next year. It’s very important to us that the phone experience for Hearthstone is just as accessible as the tablet and PC versions. One of the biggest challenges with that is revamping the user interface so it feels intuitive and offers the same quality Hearthstone experience, but this time from the palm of your hand.”

Hearthstone was first released on March 11th and is currently available on PC and iPad.

I’m Load The Game’s co-founder and community manager, and whenever I’m not answering questions on social media platforms, I spend my time digging up the latest news and rumors and writing them up. That’s not to say I’m all work and no fun, not at all. If my spare time allows it, I like to engage in some good old fashioned online carnage. If it’s an MMO with swords and lots of PvP, I’m most likely in it. Oh, and if you’re looking to pick a fight in Tekken or Mortal Kombat, I’ll be more than happy to assist! Connect with me by email markjudge (@) loadthegame.com only
@@MarkJudgeLTG
Previous Samurai Warriors 4 is out now on PS4, PS3 and PS Vita
Next Men and women are paid equally at Microsoft according to CEO Satya Nadella