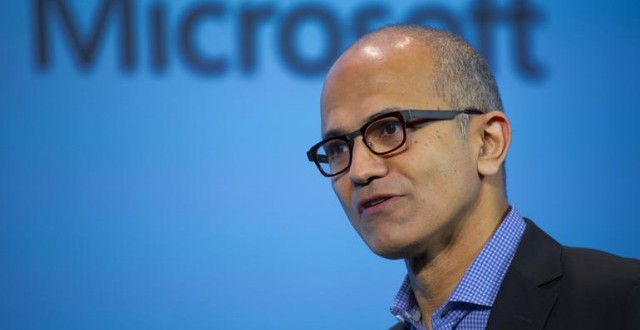 A short while ago Microsoft CEO Satya Nadella made a couple of statements that didn’t bode well with everybody, and for good reason. Nadella was heard saying that women shouldn’t ask for a raise when they feel they’re underpaid and suggested that it’s bad karma to do so. “Good karma” would be not to ask for a raise and and have faith that “the system will actually give you the right raises as you go along.” He also added that this is “one of the superpowers that women have.” Microsoft’s CEO latter apologized for these comments and stated recently that men and women are paid equally at Microsoft.

According to the latest figures, women earn about 99.7 percent of what men earn at the company, which is still not technically equal, but it’s much closer than the traditional 78 percent nevertheless. “So it’s different than what perhaps is sort of normally felt across all industries,” the CEO said. Still, Satya Nadella is not entirely happy yet and says that there is more work to be done is order to deliver on Microsoft’s promise of offering “equal pay for equal work” and “equal opportunity for equal work.” He also added that “The real issue is do we have enough people of different ethnicity and women in those levels? Do we have them in our corporate vice president ranks? Are we promoting them as vigorously as we are?”

Needless to say, Nadella wants to make up for his previous comments by releasing new statements, but people are not likely to forget any time soon what the CEO said earlier this month at the Grace Hopper Celebration of Women in Computing event. According to the latest internal diversity report, 29 percent of Microsoft’s employees are women, a 5 percent increase compared to the same period one year ago.

I’m Load The Game’s co-founder and community manager, and whenever I’m not answering questions on social media platforms, I spend my time digging up the latest news and rumors and writing them up. That’s not to say I’m all work and no fun, not at all. If my spare time allows it, I like to engage in some good old fashioned online carnage. If it’s an MMO with swords and lots of PvP, I’m most likely in it. Oh, and if you’re looking to pick a fight in Tekken or Mortal Kombat, I’ll be more than happy to assist! Connect with me by email markjudge (@) loadthegame.com only
@@MarkJudgeLTG
Previous Hearthstone will arrive to Android tablets by the end of 2014
Next Destiny expansion The Dark Below is being developed with player feedback in mind