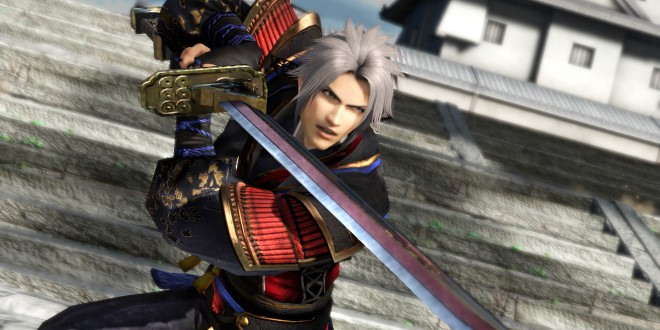 Samurai Warriors 4 is out now on PS4, PS3 and PS Vita

Koei Tecmo’s hack and slash title, Samurai Warriors 4 is now available in North America for PS4, PS3 and PS Vita players. This sequel took 4 years to take final shape, and is expected to bring some action packed experiences to avid US PlayStation gamers. Samurai Warriors 4 producer, Hisashi Koinuma advises players to take some time and enjoy the opening movie of the game to soak in the atmosphere and get a glimpse of the journey ahead of them. Samurai Warriors 4 features different gameplay modes which will be waiting to be explored – The Story Mode will introduce numerous Regional Stories which will open up new scenarios and will allow deeper insight into the relationships between characters as the overall story becomes more apparent.

The Chronicle Mode is also worthy of play, as it allows to use your own custom edited character to travel and explore the land of Japan during the Warring States era. Samurai Warriors 4 got the green light on PS4 platforms only after it was originally released on PS3 and PS Vita in Japan. The same strategy was intended for the Western release of the game, but producers returned to their drawing boards and decided that Samurai Warriors 4 will be launched simultaneously on all three PlayStation platforms. PS4 players might be interested in the game collector’s edition, Samurai Warriors 4: Special Anime Pack which includes the 10 year anniversary anime film Samurai Warriors: Legend of Sanada, and many other goodies specially picked for passionate fans of the game.

Moving on to the actual gameplay, Samurai Warriors 4 will employ a character-switch feature that allows players to take two characters in battle and choose the one he will be fighting with. Two new moves are featured: Hyper Attack and Rage Mode. Hyper Attack is a move that will enable the player to clear large crowds of enemies, although this technique will be useless against enemy officers who will have the ability to counteract it. Rage Mode will amplify the player’s attacks as well as empowering their Musou attack by using the Spirit Gauge. Duels will be also available in game when players meet with enemy officers under certain circumstances. The Create a Warrior mode has been maintained and it features a more extensive content. The character roster amounts to 55, which is more than we’ve seen in the previous series. A lot of cool features await to be discovered as soon as you get your hands on the game. Samurai Warrior 4 is expected to launch in Europe 2 days from now on Friday, October 24th. Check out the launch trailer below.

I'm Razvan, a sports and first-person shooter enthusiast. I've always loved writing, even more so when it involves games. When I'm not playing on my PS3 or writing, I like to run exhausting cardio workouts, play soccer, watch a good movie, or read a good book.
Previous Nexus 6 vs iPhone 6 Plus – specs, design and price compared
Next Hearthstone will arrive to Android tablets by the end of 2014