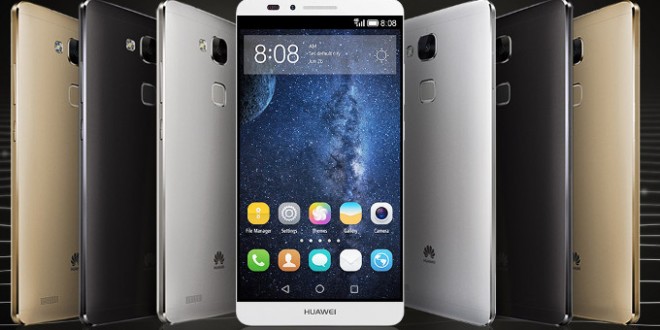 Apple has just beat the record with its Apple iPhone 6 and iPhone 6 Plus sales, but Chinese competitor Huawei isn’t doing so bad either. Huawei reports that it has sold more than 1 million Ascend Mate 7 units in the first month of sales. While that’s a small number compared to Apple’s 10 million units sold in the first weekend, it’s still a good count for an upcoming company. Even though Huawei is one of the biggest smartphone manufacturers in China, the Ascend Mate 7 could have sold even better, since it’s a cheap powerhouse.

Keep in mind that the Ascend Mate 7 is currently still exclusive to China, so the reported numbers would have been much higher, in my opinion, if the handset was available worldwide. The Ascend Mate 7 has stirred up waters worldwide because it actually is the largest smartphone Huawei has ever made and it’s also a powerhouse with great specs and price to boast with. The Ascend Mate 7 price is $600, which is surely not cheap, but it does offer a great bang for buck ratio compared to Apple’s latest flagships, for example.

The Ascend Mate 7 has a 6 inch IPS LCD display with a 1080*1920 resolution and 367 ppi pixel density. Ascend Mate 7 specs include an octa core HiSilicon Kirin 925 CPU, Mali-T628 MP4 GPU, 3 GB RAM and 32 GB expandable storage. You will also get a 13 MP rear camera and a 5 MP front camera, so the Ascend Mate 7 should be a great selfie-phone, as well as optimal for smartphone photography. The Ascend Mate 7 also features haptic feedback, a fingerprint sensor, 9 axis sensor, LTE Cat 6, Bluetooth 4.0 and NFC. There are also two version of the Ascend Mate 7 on the market, one with the above storage configuration, and another with 2 GB RAM and only 16 GB internal storage. The latter is $100 cheaper, retailing for $500. The Ascend Mate 7 runs on Android 4.4 KitKat with Huawei’s Emotion UI 3.0 on top, which creates an interface similar to iOS.

We hope that the Huawei Ascend Mate 7 release will include the U.S. and Europe, too in the future, but the company hasn’t confirmed that yet. If it does make it to the international market, the Ascend Mate 7 phablet should definitely be a hit, since it’s quite affordable. Even though it doesn’t offer the great display the Galaxy Note 4 or LG G3 do, it still can be considered a powerhouse, especially since it has a 4100 mAH battery included. You see batteries this large in tablets usually, but Huawei managed to put it into the Ascend Mate 7 build, without making it too large. The Ascend Mate 7 measures 157*81*7.9 mm. which is smaller and thinner than the Nexus 6. I’m thinking about importing the Ascend Mate 7 for myself, what about you?

My life-long dream has been to test out every gadget on the market! Considering the fact that I've rapidly destroyed almost every gadget I've had so far, I'm not inclined to owning something, so my ideal outcome would be to have a different gadget each month. I'm really into smartphones, wearables and tablets and I love Playstation and Xbox, I'm sure I'll beat you at your own game (after a month of training... or two)
Previous Two new Android apps launched by Microsoft
Next Samsung Galaxy Note 4 scheduled to upgrade to Android Lollipop