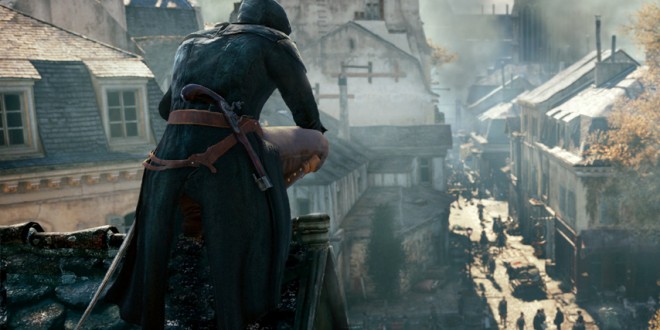 Assassin’s Creed: Unity is without question one of the greatest challenges yet for Ubisoft developers. The game promises to be a graphics masterpiece that will feature a recreation of 18th century Paris at a huge scale, as we might see thousands of citizens wandering about on the streets of the French capital at any given time. This automatically implies that Assassin’s Creed: Unity will utilize a humongous graphics detail and a highly complex gameplay. Recently, Ubisoft’s Korean distributor, Intra Games has speculated on the future system requirements for Assassin’s Creed: Unity. This information does not have official credentials, but nonetheless, here are the rumored requirements for Assassin:s Creed: Unity:

If these specs turn out to be true, we are looking at the most demanding PC title ever made. I mean, just by looking at the minimum requirements you get the feeling that Assassin’s Creed: Unity is aiming to hang the hopes of every PC gamer out there. Any system packing an Intel Core i5-2500K 3.3 GHz or AMD Athlon FX-8350 4.0 GHz, 6 Gigs of RAM, and Nvidia GeForce GTX 680 or AMD Radeon HD 7970, would be ranked as a high-end rig that would be able to drag along quite well any title on the market, except Assassin’s Creed: Unity it seems. It’s quite hard to take a look at the recommended specs which are ridiculous really. An Intel Core i7-3770 3.4 GHz or AMD FX-8350 4.0 GHz, 8 Gigs of RAM and the high-end Nvidia GeForce GTX 780 or AMD Radeon R9 290X cards, make up a super PC by any standards. Until Ubisoft gives an official word on this, all that’s left to do is hope that these PC specs are the fruit of an overly imaginative mind.

I'm Razvan, a sports and first-person shooter enthusiast. I've always loved writing, even more so when it involves games. When I'm not playing on my PS3 or writing, I like to run exhausting cardio workouts, play soccer, watch a good movie, or read a good book.
Previous Dead or Alive 5 Last Round release date announced for Xbox One and PS4
Next Call of Duty Advanced Warfare recommended requirements revealed