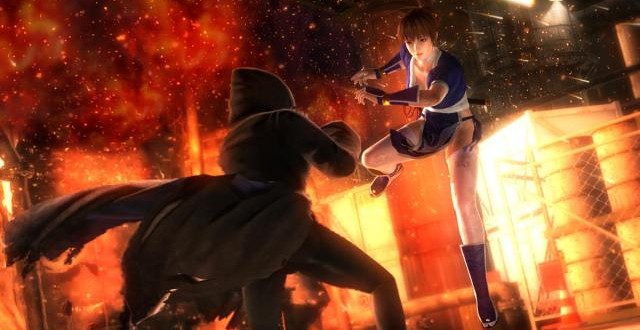 Publisher Koei Tecmo confirmed the release date for the final chapter of Dead or Alive 5 earlier today. Team Ninja’s action-packed fighting game will launch for last gen consoles as well as the PS4 and Xbox One on February 17, 2015. Dead or Alive 5 Last Round by its full name, will cost $40 if you want a physical copy and only $30 if you settle for a digital one. The game will also have a trial version called Dead or Alive 5 Last Round: Core Fighters, which will be available exclusively on next-gen platforms. This version only includes four characters to begin with but players will be able to unlock the others individually, for a certain price of course. The characters in question are: Ayane, Hayate, Kasumi and Ryu.

For some odd reason the trial is free on the PS4 but costs $5 on the Xbox One. On the bright side, the Xbox One version of Dead or Alive 5 Last Round: Core Fighters comes with four additional characters: Hitomi, Lee, Tina and Bass. Whether or not you unlock more characters after that is entirely up to you and you can play almost all the games modes (except story) in the trial version. Koei Tecmo says that you can play against players who own the full game even if you only own the Core Fighters trial. The publisher also mentions that Dead or Alive 5 Ultimate players can carry over to the upcoming game all their unlocked characters, costumes, titles and story progress.

DoA 5 Ultimate can play with Last Round players, but they will first need to download and apply a free patch. The patch will essentially upgrade Ultimate to Dead or Alive 5 Last Round so it’s like you’ll be getting the upcoming game for free if you already own the previous installment. Stay tuned for more news and updates.

I’m Load The Game’s co-founder and community manager, and whenever I’m not answering questions on social media platforms, I spend my time digging up the latest news and rumors and writing them up. That’s not to say I’m all work and no fun, not at all. If my spare time allows it, I like to engage in some good old fashioned online carnage. If it’s an MMO with swords and lots of PvP, I’m most likely in it. Oh, and if you’re looking to pick a fight in Tekken or Mortal Kombat, I’ll be more than happy to assist! Connect with me by email markjudge (@) loadthegame.com only
@@MarkJudgeLTG
Previous Samsung Galaxy Note 4 scheduled to upgrade to Android Lollipop
Next Assassin’s Creed: Unity rumored system requirements