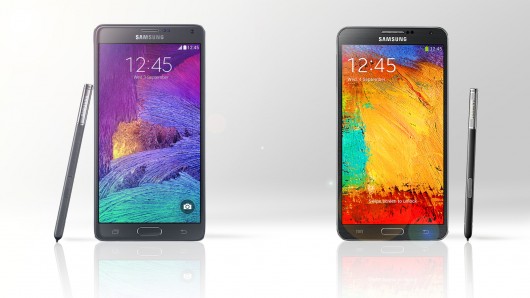 The updated Galaxy Note 4 brings quite a few improvements to its predecessor, so there shouldn’t be a competition here. But still, one should know what kind of features and functions are built into the phablets so that one can accurately assess which would suit them better. While the Galaxy Note 3 price is now around $500, which is still quite a stretch for some people. The Galaxy Note 4 price, on the other hand, is around $700, which is even more expensive. We can’t say about either Galaxy Note that it’s cheap, but they certainly offer a great bang for buck ratio.

The Galaxy Note 4 brings a heart rate monitor, Bluetooth 4.1 and an overall premium feel to the device. The Galaxy Note 3 does have a microUSB 3.0 port, which allows for faster data transfers, which is missing from the Galaxy Note 4. The Galaxy Note 4 is definitely worth it if you are planning to upgrade from the Note 3, because it has roughly the same size, a better screen resolution, better software, better camera, better stylus, better CPU and better GPU. On the other hand, if you want a top-notch phablet that will perform just as well and do all the things you need it to, and you aren’t bothered by the heavy TouchWiz skin, the Galaxy Note 3 should suffice.

My life-long dream has been to test out every gadget on the market! Considering the fact that I've rapidly destroyed almost every gadget I've had so far, I'm not inclined to owning something, so my ideal outcome would be to have a different gadget each month. I'm really into smartphones, wearables and tablets and I love Playstation and Xbox, I'm sure I'll beat you at your own game (after a month of training... or two)
Previous The Last of Us GOTY edition coming next month to the PS3
Next PS4 firmware update 2.0 release date officially announced