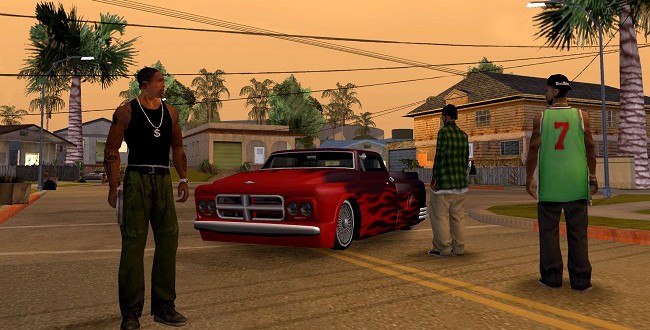 After GTA Online has received 10 new San Andreas jobs, this time we might be looking at a Grand Theft Auto San Andreas re-release for Xbox 360 consoles, if we were to give way to the rumor mill generated by a set of leaked Achievements, courtesy of Xbox Achievements. The site in question, published a list which presents new ways of boosting your Gamescore. Rockstar has not yet given any concrete information on the subject, although the fact that the old Xbox Original Downloads of GTA San Andreas have been pulled from sale might also indicate that something is definitely cooking in the oven. Not to mention the game’s 10th anniversary which is coming up this month.

Whatever the case, this is simply a rumor that’s floating around right now aiming to fuel our expectations. Rockstar has released its GTA San Andreas title on various mobile devices, while a remastered version of the game was announced last November for iOS devices. GTA San Andreas was originally released on PS2 and followed on PC, Xbox and Mac. Xbox One and PS4 players will get the chance to cruise around Los Santos in the new GTA V by the end of the year, and it would be mind-blowing to see a resurrected version of San Andreas on last-gen Xbox 360. Rockstar is expected to shed some light on the matter pretty soon. Do you think a GTA San Andreas re-release is possible?

I'm Razvan, a sports and first-person shooter enthusiast. I've always loved writing, even more so when it involves games. When I'm not playing on my PS3 or writing, I like to run exhausting cardio workouts, play soccer, watch a good movie, or read a good book.
Previous SDK update for Kinect v2 sensors brings Kinect apps to Windows Store
Next Apple Pay users double charged by Bank of America