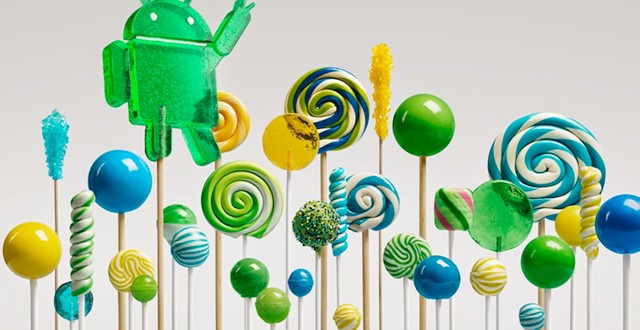 A plethora of devices are going to upgrade to Android Lollipop in the near future, although some will take longer than others. Recently we’ve heard that Samsung is not taking its sweet time for once and will update the Galaxy Note 4 in due time. Earlier today, an LG representative said something similar when he stated that the LG G3 flagship smartphone will receive Android Lollipop by the end of the year. The representative didn’t offer any further details so we’ll have to wait until LG makes an official announcement before we can learn the specific release date. Presumably the Korean tech giant plans on upgrading a few other devices as well besides the LG G3. Some of these devices might include the LG G3 Stylus, the LG G2 and the LG G Pro 2 among others.

Now that we know a little something about LG’s plans, the full list of devices scheduled to upgrade to Android Lollipop is shaping up quite nicely. The first to upgrade will unsurprisingly be Google’s Nexus 6 and Nexus 9 followed by Google Play Edition devices and Motorola’s Moto X (both first and second generation), Moto G (same as with Moto X), Moto G 4G LTE, Moto E, Droid Ultra, Droid Maxx and Droid Mini. HTC announced that its HTC One (M8) will also get the Android Lollipop treatment along with the HTC One (M7), HTC mini and HTC mini 2. Sony stepped up to the plate as well and announced that its entire Xperia Z series will receive the upgrade including its latest flagship, the Sony Xperia Z3.

Last but not last, Nvidia says that it will be upgrading its SHIELD tablet while OnePlus confirmed that the highly sought after OnePlus One smartphone will also get the Android Lollipop update. The manufacturers haven’t announced any specific release dates, but most of them claim that the update will arrive on their devices by the end of the year.

I’m Load The Game’s co-founder and community manager, and whenever I’m not answering questions on social media platforms, I spend my time digging up the latest news and rumors and writing them up. That’s not to say I’m all work and no fun, not at all. If my spare time allows it, I like to engage in some good old fashioned online carnage. If it’s an MMO with swords and lots of PvP, I’m most likely in it. Oh, and if you’re looking to pick a fight in Tekken or Mortal Kombat, I’ll be more than happy to assist! Connect with me by email markjudge (@) loadthegame.com only
@@MarkJudgeLTG
Previous Red Barrels confirms Outlast sequel is on its way
Next Ubisoft aims to revolutionize the industry again with Assassin’s Creed Unity