Like many other online games, League of Legends also has its own special Halloween event aimed at celebrating the creepiest holiday of the year. Entitled The Harrowing, the event is now live and will last until November 4th. Riot is offering several neat surprises during this period, including two brand new skins called Ravenborn LeBlanc and Underworld Wukong. Both are currently available for 975 RP, but the latter is on sale and will cost 1350 RP after October 28th so hurry up if you want it. Speaking of skins, Riot has opened up the flood gates to the Haunted Hoard Harrowing sale, which allows you to purchase cheap League of Legends skins until November 4th.

The skins come in bundles of six and are part of flash deals that last for up to six hours before being replaced by another batch. Additionally, you can also buy previously released League of Legends skins dating back to the original Harrowing event that took place back in 2010. All these bundles are available at 20% off for as long as the event lasts. Aside from legacy skins, Riot is also bringing back the Hexakill game mode to League of Legends and this time around you’ll be able to play it on the Twisted Treeline map. This is normally a 3v3 map, but Riot is adding a bit of spice by allowing twelve players to beat each other senseless in order to properly celebrate Halloween.

Last but not least, there are now a couple of new icons up for grabs in League of Legends. The “Mark of the Betrayer” icon is earned by winning three games of Hexakill: Twisted Treeline while the “Harrowed Puppet” icon is a reward given to anyone generous enough to offer any kind of gift to a friend before The Harrowing ends. Stay tuned for more news and updates.

I’m Load The Game’s co-founder and community manager, and whenever I’m not answering questions on social media platforms, I spend my time digging up the latest news and rumors and writing them up. That’s not to say I’m all work and no fun, not at all. If my spare time allows it, I like to engage in some good old fashioned online carnage. If it’s an MMO with swords and lots of PvP, I’m most likely in it. Oh, and if you’re looking to pick a fight in Tekken or Mortal Kombat, I’ll be more than happy to assist! Connect with me by email markjudge (@) loadthegame.com only
@@MarkJudgeLTG
Previous Civilization: Beyond Earth gets free Steam demo and why that’s important
Next Asus ROG GR8: A light and powerful console-PC 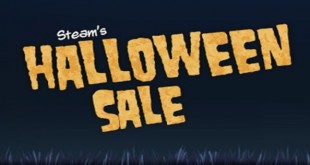 Steam has become associated with a lot of things over the years, not all of ...