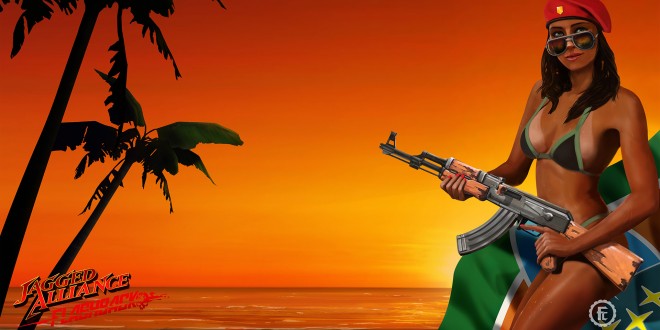 After multiple entries in the Jagged Alliance franchise – some better than the others – Denmark-based game studio Full Control has decided to “reset” the series, taking it back to its “roots.” Jagged Alliance Flashback is a prologue to the original entry, being set in the 1980s and focusing on the formation of the A.I.M. (Association of International Mercenaries) organization. After numerous conquered sectors and countless turns, it seems like Full Control’s “reset” desire is a double-edged sword, as newcomers might enjoy it more than veterans of the franchise.

In the beginning, players can either go with a default mercenary, or they can take on a funny (read – almost kind of random) set of questions which determines their character’s perks, in addition to assigning statistic and skill points into features like physique, intelligence, melee, stealth, medicine, and others. Finally, you can further define your initial soldier by choosing his/her skin-colour, clothes, and a few other traits. It’s not the most robust of systems, but it gets the job done.

In Jagged Alliance Flashback, hiring mercenaries is key to dominating the fictional island of San Hermanos. Each soldier comes with a price, and each one features a certain trait – some are specialised at healing, some are excellent marksmen, while others can repair items. The interesting part is the fact that each soldier needs to constantly be paid. Out of funds? Well, you’re also out of people to join your little rebellion against the oppressor known as ‘the prince’. Speaking of which, while the story is nothing to write home, it’s a decent effort driving the gameplay forward. Your role on the island of San Hermanos is to overthrow the local dictator (a.k.a. ‘the prince’) sector by sector, turn by turn. 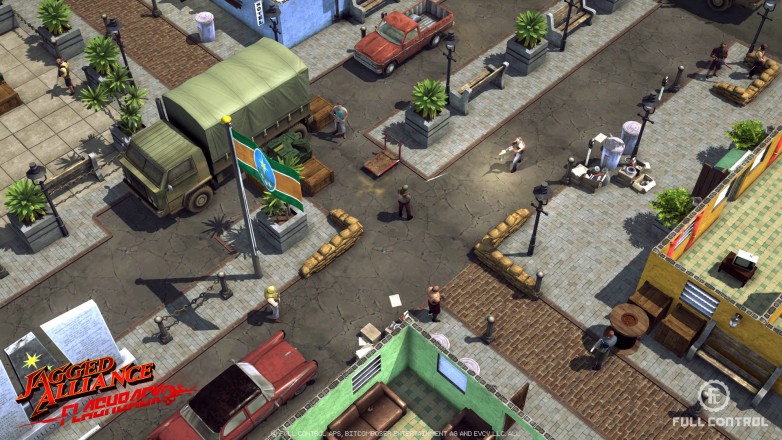 The island of San Hermanos is an open-ended one, meaning you can travel in real-time from one place to another. Once enemies have been spotted, players are taken inside a particular part of the overall map. In this regard, Jagged Alliance Flashback isn’t so different from the Heroes of Might and Magic franchise. Gaining resources and hiring new soldiers is done outside the primary gameplay, while the “meat” of the game happens in each of the island’s locations. Funds can be generated from completing objectives or taking over mines and farms, and players can even hire the local militia to fight alongside their mercenaries. Adding to the necessity of balance is the fact that your soldiers can also purchase items like medicine, weapons, and ammunition.

While Jagged Alliance Flashback is touted as a turn-based game, the actual turn-based gameplay only starts once your mercenaries engage their hostiles. Each action you take – moving, reloading, shooting – will deplete a mercenary’s action points. The combat feels good, and – thankfully – represents Flashback’s highest point, thanks the ability to head into cover and sneaking around trying to take out the enemy soldiers one by one. A turn can even be interrupted by either the player or his/her enemies, although this means spending some action points from your future turn. 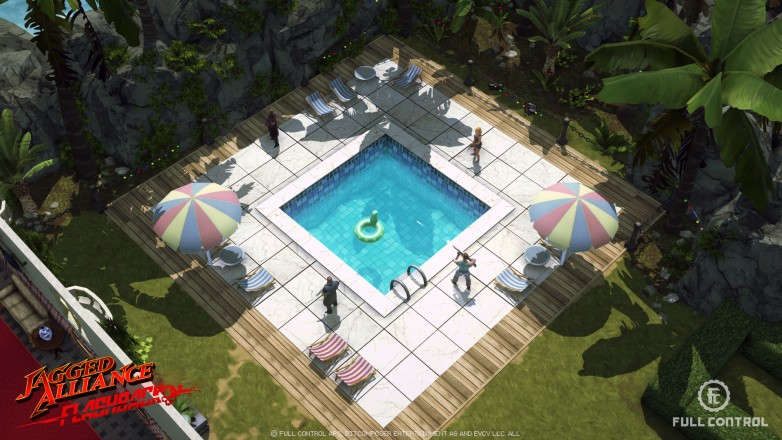 Besides the fairly-intense turn-based matches, players can also individually upgrade each of their mercenaries by assigning points into their physique, coordination, and intelligence. You can also loot containers and dead enemies for weapons, grenades, ammo, or armour with which to enhance your soldiers. Permanent-death is another hardcore feature present in Jagged Alliance Flashback, which further forces you to take extra care of your hired-guns. On the flip-side, the artificial intelligence is a bit off. I would sometimes order one of my mercenaries to open a chest or a wardrobe, and he/she would randomly just stop in front of said containers. Not to talk about the path-finding, which sometimes led to me being discovered by the enemy.

On the presentation side, Jagged Alliance Flashback is a mixed bag, featuring very limited graphics options. The “cartoonish” graphics are decent, although some aspects of the environment look washed-out; a little more detailing would have helped. I have also noticed some missing audio, like the sound of a helicopter hovering above your mercenaries. Interestingly enough, while Jagged Alliance 2 features funny chitchat between your mercenaries – thanks to their different personalities – Flashback decides to throw all that away.

Jagged Alliance Flashback is a mixed bag of ingredients. While its combat and overall complex nature are a treat, everything else feels half-done. From the annoying artificial intelligence to the mediocre presentation or even the lack of some defining aspects like the usual banter between your mercenaries, it feels like the game needed more time in the incubator. Newcomers might enjoy it, although veterans will probably be left disappointed.

I’m Load The Game’s co-founder and community manager, and whenever I’m not answering questions on social media platforms, I spend my time digging up the latest news and rumors and writing them up. That’s not to say I’m all work and no fun, not at all. If my spare time allows it, I like to engage in some good old fashioned online carnage. If it’s an MMO with swords and lots of PvP, I’m most likely in it. Oh, and if you’re looking to pick a fight in Tekken or Mortal Kombat, I’ll be more than happy to assist! Connect with me by email markjudge (@) loadthegame.com only
@@MarkJudgeLTG
Previous Kingdom Come Deliverance’s early alpha screens are glorious
Next Win an X-COM Enemy Unknown Steam code from Load The Game