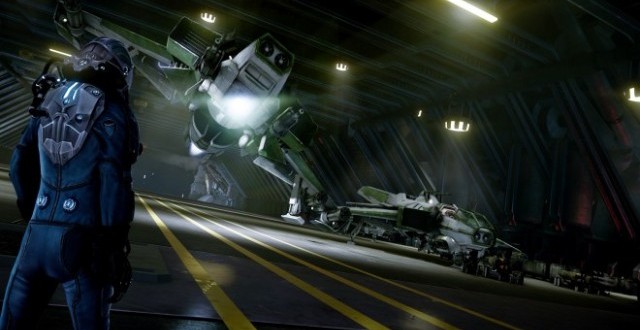 While Star Citizen is still years away from being fully playable, backers of the ambitious project can already experience the game’s Hangar and Arena Commander modules. The next module is scheduled to be released in early 2015 and will allow for FPS gameplay. During a recent AMA on Reddit, the Star Citizen team talked a bit about this module and revealed some very interesting new details. The module will be integrated with the persistent universe experience and will allow for very complex choices during various situations judging by what the team is describing.

“I’m a stealthy, solo player. I find a wrecked ship, i know scavengers will be around soon. I find a crate and put myself in it. I let the scavengers take the crate and put me in their ship. When i’m on their ship, some time later, i get out of the crate. Very quietly, i rummage around and find some goodies i like. I steal those… now i can either – A) Jump out the airlock and call a ride or B) go to their engine room and self destruct their ship or C) quietly hunt and execute the entire staff and take their ship…. or Z) they could have scanned the crate properly before loading it, blasted it with their ship and me with it….”

Star Citizen was already shaping up to be a very complex game, but it sounds like the FPS module will add yet another layer to the complexity . Elsewhere, the team reveals that the upcoming module’s gameplay is mixture of Counter-Strike, Rainbow Six, Arma, Delta Force, Kill Zone. You definitely can’t go wrong with that combination. Star Citizen will also benefit from some awesome new game mechanics with the introduction of the module. The team wants to provide some realism to the game by making it so that if an airlock is breached, all items and players will be sucked by the vacuum of space. Also, if one of your hands is wounded, it will severely impact your ability to fire weapons or throw grenades with that particular hand.

I’m Load The Game’s co-founder and community manager, and whenever I’m not answering questions on social media platforms, I spend my time digging up the latest news and rumors and writing them up. That’s not to say I’m all work and no fun, not at all. If my spare time allows it, I like to engage in some good old fashioned online carnage. If it’s an MMO with swords and lots of PvP, I’m most likely in it. Oh, and if you’re looking to pick a fight in Tekken or Mortal Kombat, I’ll be more than happy to assist! Connect with me by email markjudge (@) loadthegame.com only
@@MarkJudgeLTG
Previous Halo 5 Guardians release date rumors addressed by Microsoft
Next HTC One M7 vs HTC One M8 – specs, price, design compared 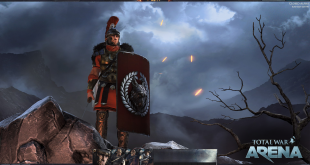 Total War: Arena is a new free to play game that is currently under development ...