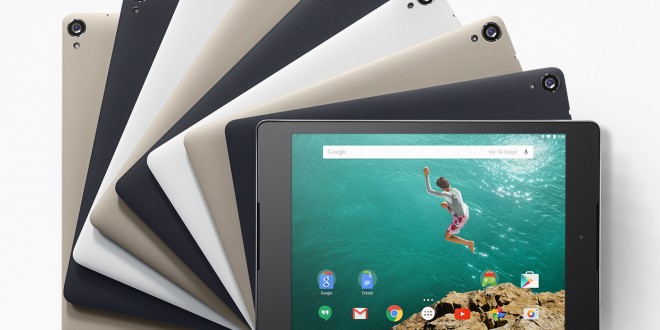 The Nexus 9 has been available for pre-order on Amazon UK for quite some time, and customers who have filled in the forms have been announced that shipping date for the slate has been pushed back to mid-December. The Nexus 9 was launched only two weeks ago as Google’s and HTC’s new powerhouse tablet, attracting a pretty large number of pre-orders all around the world. The Nexus 9 can also be pre-ordered from the Google Play Store. Those of you who chose to order from Google can rest easy because Google hasn’t modified the shipping date for the slate, starting on November 3.

The Nexus 9 shipping date has been pushed back by Amazon UK for unknown reasons. Customers who have been announced about the delayed inquired with the company and received a pretty unclear reason for the delay. According to Amazon UK, Nexus 9 shipping has been postponed to as late as the middle of December because of manufacturing and supplying issues. Amazon UK stated that they were instructed to wait with shipping “based on the manufacturer’s decision, and the date mentioned by the manufacturer and supplied by the supplier.” While that explanation isn’t very clear, those who have pre-ordered the Nexus 9 from the e-commerce giant can cancel their orders and head to the Google Play Store if they feel impatient.

Everybody will understand if you’re anxious to get your hands on the Nexus 9, since it is a promising new tablet with great specs and appearance. The Nexus 9 specs include an 8.9 inch display with a 1536*2048 resolution, Nvidia Tegra K1 CPU, 2 GB RAM and 16 or 32 GB internal storage. The Nexus 9 features Android 5.0 Lollipop, which can be considered the main attraction for the slate. You will also get an 8 MP rear camera and a 1.6 MP front shooter, as well as 6700 mAh battery, NFC, Bluetooth 4.0 and HTC’s own BoomSound front-facing speakers. The 16 GB Nexus 9 price is $400, while the 32 GB Nexus 9 price is $450. These are prices for the Wi-Fi only variants of the slate. The LTE-enabled Nexus 9 price is set at $600 and it will be available later this year, although we don’t have an exact date. In any case, it seems that only Amazon UK is having shipping issues, but in case the Google Play Store listing for the Nexus 9 changes, we will let you know. Until then, if you are in a hurry, go to the Google Play Store and place your order.

My life-long dream has been to test out every gadget on the market! Considering the fact that I've rapidly destroyed almost every gadget I've had so far, I'm not inclined to owning something, so my ideal outcome would be to have a different gadget each month. I'm really into smartphones, wearables and tablets and I love Playstation and Xbox, I'm sure I'll beat you at your own game (after a month of training... or two)
Previous Motorola Droid Turbo unveiled Tuesday, on sale Thursday
Next Lenovo announces new fitness tracker