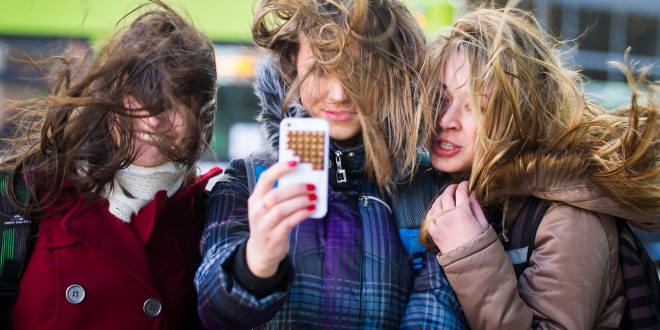 Selfies are a health hazard in Russia

Selfies are a health hazard in Russia

There are many people out there who take satisfaction in taking selfies with their friends, or by themselves, but little do they know that selfies can be a danger to their health. You probably can’t imagine how a selfie would endanger your health, but Russian food regulators say that it’s not only possible, but an extremely real threat. Group selfies are just as dangerous as kissing, if we are to listen to certain Russian regulators. While their argumentation is actually very logical and solid, they don’t concern most of you.

Food regulators in Russia have emphasized the fact that group selfies can actually help spread disease and parasites, and they are not wrong in thinking so. According to them, slefies require people to stand close to each other and even tough their heads together, and that’s where the health hazard concerning selfies comes in. The biggest concern of Russian authorities regarding selfies is actually head lice. “The growing popularity of selfie photography, where groups of teenagers pose for pictures together, contributes to the transmission of parasites, something that happens when the young adults touch heads. This is one of the main ways head lice spread, and thus selfies have become a reason for widespread cases of head lice infestation (pediculosis capitis).”

While their explanation for selfies being a health hazard is quite logical, head lice is not that common nowadays, especially not in adults wealthy enough to buy iPhones. Head lice used to be a common parasite back in the days, but nowadays, in most countries, you are unlikely to contact the little critters unless you like hanging around the more dodgy parts of town. Nonetheless, Russian kids who choose to take selfies and accidentally spread head lice while doing so, will be punished. Kids like that will be prevented from joining organized groups until their head lice is cured. While selfies being a health hazard is fun to think about, the danger is real, so beware! Don’t take group selfies unless you are 100% sure that neither you or your partners have head lice.

My life-long dream has been to test out every gadget on the market! Considering the fact that I've rapidly destroyed almost every gadget I've had so far, I'm not inclined to owning something, so my ideal outcome would be to have a different gadget each month. I'm really into smartphones, wearables and tablets and I love Playstation and Xbox, I'm sure I'll beat you at your own game (after a month of training... or two)
Previous Tim Cook talks about Apple Pay and Apple Watch in China
Next Star Citizen is rapidly approaching the $60 million milestone