Breaking News
Home » LTG Slider » Destiny: The Dark Below gets release date and details from Bungie 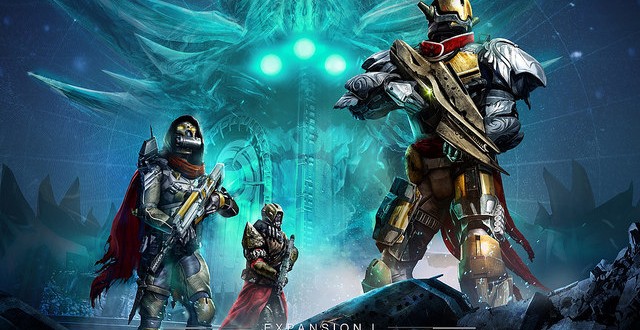 Destiny: The Dark Below gets release date and details from Bungie

The first expansion for Destiny is called The Dark Below and will be released on December 9 according to Bungie. You’ll be able to find all sorts of new content in this $19.99 expansion including, but not limited to new gear, new story missions, a new co-op Strike, as well as a new six-player Raid. The Dark Below expansion will also add new competitive multiplayer arenas, will raise the Destiny level cap to 32 and the Bounty slots from five to ten. The expansion seems to focus on Eris, a newly introduced character located in the Tower who’s in charge of giving players the new quests and missions. Needless to say, this expansion is well worth a purchase as it comes with a plethora of new content that should satisfy the needs of any Destiny player.

“Destiny’s first expansion, The Dark Below, will be available on December 9th,” Bungie Community Manger Eric Osborne said on the PlayStation blog. “Players who pick it up for download will be able to earn new weapons, armor, and gear, experience new story quests and missions, play new cooperative activities with their friends, and add three multiplayer Crucible arenas to their competitive rotation with Skyshock, Pantheon, and The Cauldron. In addition to new content, we’re also raising Player Light Level potential to 32, increasing Bounty slots from five to ten, and including some fun surprises for everyone who’s playing the game.”

As for what Bungie has in store for Destiny in the future, Osborne says that the company has plenty of plans at the moment but didn’t seem willing to disclose any new details. However, he did mention that Bungie is working on a number of updates that include requested features and that some of them will arrive before The Dark Below, while the others will land at some point after the expansion kicks in.

I’m Load The Game’s co-founder and community manager, and whenever I’m not answering questions on social media platforms, I spend my time digging up the latest news and rumors and writing them up. That’s not to say I’m all work and no fun, not at all. If my spare time allows it, I like to engage in some good old fashioned online carnage. If it’s an MMO with swords and lots of PvP, I’m most likely in it. Oh, and if you’re looking to pick a fight in Tekken or Mortal Kombat, I’ll be more than happy to assist! Connect with me by email markjudge (@) loadthegame.com only
@@MarkJudgeLTG
Previous Oppo N3 announced along with the Oppo R5, the world’s thinnest smartphone
Next Legend of Zelda-inspired Animal Gods gets playable demo