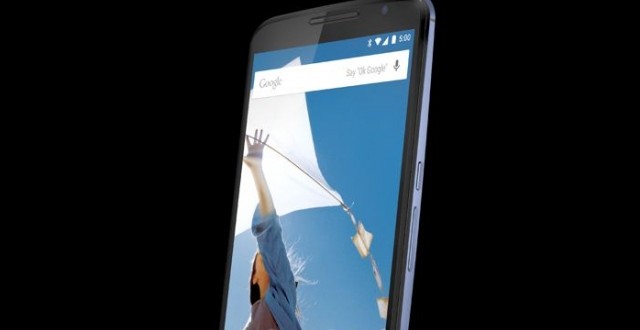 Just like it previously promised, Google made the Motorola Nexus 6 available for pre-order today on the Play Store. It’s no secret that the latest smartphone to join the Nexus family was a highly anticipated one, but I don’t think even Google could have predicted just how popular it would become. Although the Nexus 6 was only put on the Google Play Store earlier today, the device sold like hot cakes and is already listed as being out of stock. There is no news on when the huge smartphone will be made available again, but I’m sure Google is working on replenishing their stock as we speak. The lucky ones who did manage to pre-order the Nexus 6 will not be able to enjoy it just yet either as Google announced that shipping will only start on November 21.

The wait will be well worth it though, because the Motorola Nexus 6 is currently one of the best smartphones on the market. The device comes equipped with a massive 5.96-inch AMOLED display with 1440 x 2560 resolution and 493 pixel density. Harware-wise, we’re looking at a Qualcomm Snapdragon 805 chipset complete with quad-core Krait 450 quad-core processor clocked at 2.7 GHz, Adreno 420 GPU and 3 GB of RAM. The Nexus 6 also comes equipped with a 13 MP primary camera along with a 2 MP secondary shooter, 3,220 mAh battery and 32 GB / 64 GB internal storage memory options. However, perhaps the biggest selling point of the Nexus 6 is the fact that it’s the first smartphone to run on the final build of the Android Lollipop operating system. This is presumably the main reason why it sold so well on launch day.

Unlike its predecessors, the Nexus 6 is not exactly an affordable smartphone and comes with a premium price tag. The 32 GB model can be purchased for the price of $650 while the 64 GB variant costs no less than $700. While we have been accustomed with affordable Nexus devices in the past, the pricing is actually on par with other phablets currently available and still cheaper than similar devices such as the Samsung Galaxy Note 4 or iPhone 6 Plus.

I’m Load The Game’s co-founder and community manager, and whenever I’m not answering questions on social media platforms, I spend my time digging up the latest news and rumors and writing them up. That’s not to say I’m all work and no fun, not at all. If my spare time allows it, I like to engage in some good old fashioned online carnage. If it’s an MMO with swords and lots of PvP, I’m most likely in it. Oh, and if you’re looking to pick a fight in Tekken or Mortal Kombat, I’ll be more than happy to assist! Connect with me by email markjudge (@) loadthegame.com only
@@MarkJudgeLTG
Previous Here are 5 things you can do in Far Cry 4
Next Microsoft Band leaked, launches today