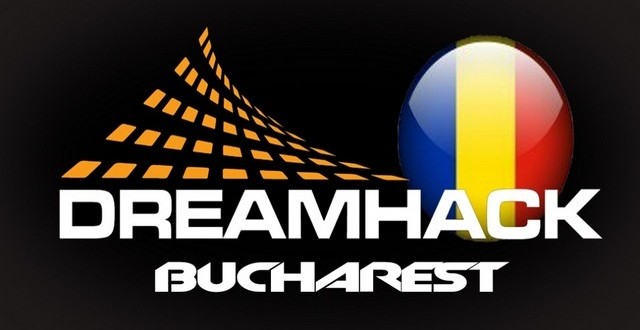 Dreamhack Masters Bucharest 2014 is scheduled to begin tomorrow, October 31 and will last until this Sunday, November 2. The event will host a number of competitions and activities, but certainly the most interesting one will be the Dota 2 Champions League Season 4. The tournament will pit against each other four of the best Dota 2 teams in the world for a total prize pool of over $70,000. The four teams have already qualified earlier this year thanks to their victories in the playoffs and are now ready to duke it out starting at 12 PM EET. The semifinals as well as the matches that will decide the 3rd and 4th place will have a best of three format, while the grand final will be best of five.

The first semifinal will be played between The International 2013 runner-ups Na’Vi and Team Empire. Then, starting at 4:30 PM EET, Team Tinker will face off against Sneaky Nyx Assassins in the second semifinal of the Dota 2 Champions League Season 4 tournament. The fourth and third place winners will be decided on Saturday and Sunday, respectively, while the grand final is also scheduled to take place on Sunday from 6 PM EET. Aside from the D2CL Season 4, there will also be a local Dota 2 tournament at Dreamhack Masters Bucharest 2014 called the Romanian eSports Championship Season 4. ReC 4 isn’t all about Dota 2 however as there will also be tournaments for League of Legends, Counter-Strike: Global Offensive and Hearthstone: Heroes of Warcraft.

Speaking of the increasingly popular CCG, Dreamhack Masters Bucharest 2014 attendees will be able to watch the second edition of the Nescafe 3 in 1 Hearthstone tournament, which also kicks off tomorrow. Just like with the Dota 2 CLS 4, this Hearthstone competition will take place across three days with the grand final to be be played on Sunday. The finalists will begin their best of seven match at 2 PM EET and will show off their card mastery for a chance to win the $4,000 grand prize. The total prize pool for the Nescafe 3 in 1 Hearthstone tournament amounts to a total of $10,000.

I’m Load The Game’s co-founder and community manager, and whenever I’m not answering questions on social media platforms, I spend my time digging up the latest news and rumors and writing them up. That’s not to say I’m all work and no fun, not at all. If my spare time allows it, I like to engage in some good old fashioned online carnage. If it’s an MMO with swords and lots of PvP, I’m most likely in it. Oh, and if you’re looking to pick a fight in Tekken or Mortal Kombat, I’ll be more than happy to assist! Connect with me by email markjudge (@) loadthegame.com only
@@MarkJudgeLTG
Previous HTC One M8 for Windows launching at T-Mobile
Next Bloatware might be easier to get rid of with Android 5.0 Lollipop

We live in a world that is constantly trying to keep up with technology. Social ...