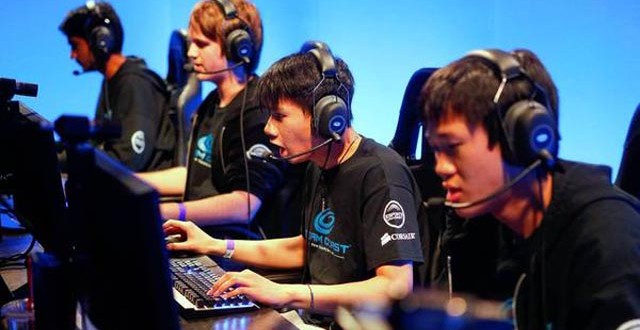 It’s no secret that Riot’s League of Legends is the most successful MOBA around, with more than 27 million active players daily. By comparison, rival Dota 2 is currently just a bit short of 10 million while World of Warcraft had about 12 million subscribers at the peak of its glory. Just like any other good MOBA, League of Legends is also an eSport with professional teams of players competing in various tournaments for hefty sums of money. One of these tournaments comes in the form of the North American Collegiate Championships, a competition between colleges and universities from the US and Canada that awards winners with scholarships.

While this is certainly a good idea that will help promote both eSports and League of Legends even further, Riot is still not convinced about the future of the collegiate championships. League of Legends is great to watch when famous teams of pro players are battling each other, but will gamers be interested in seeing tournaments between college players? The said players are also uncertain if this truly has a future or if it’s just a temporary thing. “Like us, it feels like players are still feeling out what the future of collegiate League of Legends play looks like,” Riot admits. The company also added that “Everyone is still feeling this out, seeing where it would or could go.”

All this uncertainty comes from the fact that Riot wants to take the NACC in a very particular direction that’s different from what people generally associate with eSports. League of Legends players that are part of pro teams have made gaming their career and are dedicating massive amounts of time to it. This isn’t exactly possible when you’re in college and have to study a wide variety of subjects aside from timing and skill builds. As such, the League of Legends NACC has been created to allow students to pursue their passion for gaming without having to give up their studies. While Riot isn’t completely sure about the distant future, the company at least has a pretty solid short-term plan. “It’s hard to say what the far-out future looks like,” says Riot. “But for the foreseeable future, Riot will be focused on rewarding collegiate players’ passion and skill with scholarships.”

I’m Load The Game’s co-founder and community manager, and whenever I’m not answering questions on social media platforms, I spend my time digging up the latest news and rumors and writing them up. That’s not to say I’m all work and no fun, not at all. If my spare time allows it, I like to engage in some good old fashioned online carnage. If it’s an MMO with swords and lots of PvP, I’m most likely in it. Oh, and if you’re looking to pick a fight in Tekken or Mortal Kombat, I’ll be more than happy to assist! Connect with me by email markjudge (@) loadthegame.com only
@@MarkJudgeLTG
Previous The Starcraft 2 WCS Global Finals are almost here
Next Nvidia works its magic on Assassin’s Creed: Unity with exclusive GameWorks features