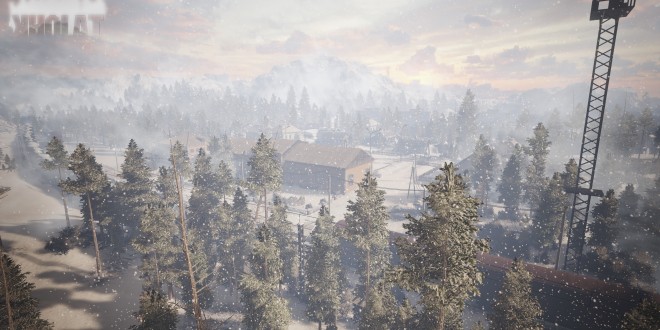 Independent Polish developer IMGN.PRO has revealed the first gameplay trailer for its upcoming first-person action/adventure title – Kholat. Entitled ‘The Path’, this latest video features a chilling (figuratively and literally) atmosphere with wind noises, crunching of your steps in the snow, in addition to mysterious whispers and shadows. That said, it’s worth mentioning the build below is still in a pre-alpha stage, meaning it doesn’t represent the quality of the final build. The cavern shown is only one of many locations featured in the open-world of Kholat. The trailer’s music was composed and performed by Arkadiusz Reikowski.

In Kholat, gamers follow the path of a group of Russian students that went for an expedition in the northern Ural Mountains. The team never reached its goal, and the entire crew died in mysterious circumstances that haven’t been explained to date. The rescue expedition is being sent. They find the tent that has been cut from the inside. Students’ bodies, incompletely dressed, are found within a radius of several hundred meters. Everything points to some kind of event that caused sudden panic, which led to the tragic, chaotic escape and later-on death of the whole group. In most cases, death occurs as a result of chilling, but some bodies have other strange damage-signs. The player is thrown into the area where the tragedy occurred, years after the actual event, with a chance to discover the real course of tragic events.

What’s most interesting is the fact that Kholat is inspired by true events known as the ‘Dyatlov Pass Incident’, which refers to the mysterious deaths of nine ski hikers in the northern Ural mountains on the night of February 2nd, 1959. The lack of eyewitnesses has inspired much speculation. Soviet investigators simply determined “a compelling natural force” had caused the deaths.

Kholat launches sometime in the first quarter of 2015, exclusively on the PC.

I’m Load The Game’s co-founder and community manager, and whenever I’m not answering questions on social media platforms, I spend my time digging up the latest news and rumors and writing them up. That’s not to say I’m all work and no fun, not at all. If my spare time allows it, I like to engage in some good old fashioned online carnage. If it’s an MMO with swords and lots of PvP, I’m most likely in it. Oh, and if you’re looking to pick a fight in Tekken or Mortal Kombat, I’ll be more than happy to assist! Connect with me by email markjudge (@) loadthegame.com only
@@MarkJudgeLTG
Previous Grand Theft Auto V is the 6th best-selling game of all time
Next The Crew, second beta announced for consoles