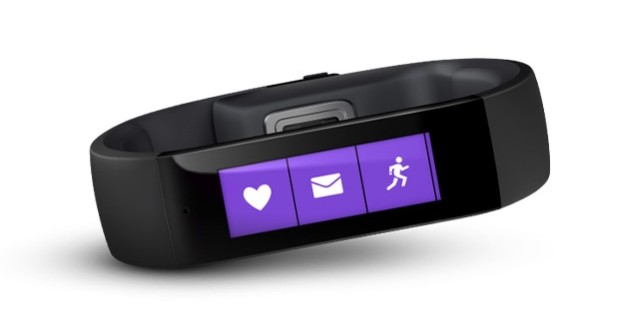 Microsoft has been toying with the idea of a wearable for a few months now. While we reported that the new Microsoft smartwatch would actually be a fitness tracker last week, we now have confirmation from the company itself. Yesterday, the Microsoft Band was leaked online and it seems that the new wearable from the company will rival devices from Fitbit, Sony, Samsung and LG, among others.

The Microsoft Band is similar to other fitness bands, such as the Sony SmartBand Talk or the Lenovo fitness tracker that was announced a few days ago. The wearable from Microsoft should already be up for sale later today, according to the company. The timepiece/fitness tracker should set you back $200 if you find it interesting. although it doesn’t stand out that much from the crowd.

The Microsoft Band will feature all the standard fitness band properties, such as counting steps and calories, tracking sleep and monitoring health metrics. Besides being a fitness tracker, the Microsoft smartwatch will also be a notification center and it will integrate Cortana voice controls, as well as show you notifications from your smartphone. While the Microsoft Band will only be available in limited numbers, and for U.S. customers only, the company should make the wearable available internationally by the end of the year or early next year.

The neat thing about the Microsoft Band that helps it stand out among fitness trackers a bit is that it has its own GPS, which will allow you to track your exercises without having to carry a smartphone around. The wearable should also be able to monitor your heart rate as well as measure UV exposure. Besides that, I think the best thing about the Microsoft smartwatch is that it can pair with all the major mobile OS platforms, including iOS, Android and Windows Phone. Various apps have already appeared in the iTunes store, as well as is Google Play Store.

My life-long dream has been to test out every gadget on the market! Considering the fact that I've rapidly destroyed almost every gadget I've had so far, I'm not inclined to owning something, so my ideal outcome would be to have a different gadget each month. I'm really into smartphones, wearables and tablets and I love Playstation and Xbox, I'm sure I'll beat you at your own game (after a month of training... or two)
Previous Nexus 6 can’t be pre-ordered anymore because it’s already out of stock
Next Take-Two wouldn’t rule out a Grand Theft Auto HD remaster