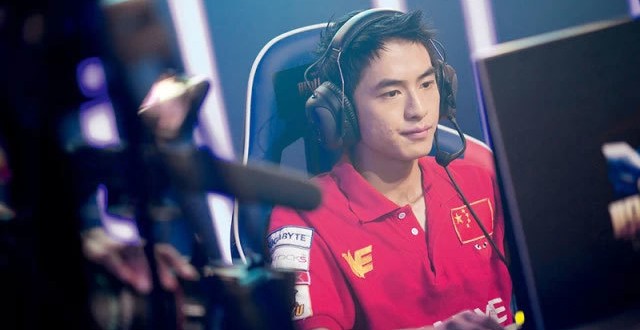 CaoMei retires from League of Legends in favor of professional streaming

A career in professional gaming may sound like a dream come true to many of us, but it’s much harder to accomplish than many people would believe. This is especially true if you’re part of a pro team and are competing in various eSports competitions just to earn a living. For these people training takes up most of their time and it’s only worth it if their team is good enough to actually win some tournaments and gain a couple of sponsors. However, there are more profitable eSports careers out there as League of Legends pro player Wei “CaoMei” Han-Dong came to realize. CaoMei recently announced that he is retiring from League of Legends in order to become a professional streamer.

While this new job might seem overall less exciting, it will undoubtedly prove to be much more profitable. Han-Dong says that he was earning about $491 a month back in 2011 when he began his career as a professional League of Legends players. His salary grew quite a bit over the years and reached about $3,271 per month in June of this year after winning a few major tournaments. This is certainly a decent amount, however he will earn over $800,000 a year as a professional streamer. That’s more than $66,000 a month, which needless to say is a substantial increase compared to his previous salary. Naturally, CaoMei will still play League of Legends, but without all the pressure associated with being a pro gamer this time around.

His new job will allow him more freedom and he can be more relaxed when he plays the game as there isn’t so much at stake anymore. Han-Dong made a contract with ZhanQi TV for a grand total of $817,863 a year and all he has to do it is stream 90 hours of League of Legends every month. Quite an awesome deal when you think about it as he essentially only has to play a few hours each day and money is definitely not an issue for him anymore.

I’m Load The Game’s co-founder and community manager, and whenever I’m not answering questions on social media platforms, I spend my time digging up the latest news and rumors and writing them up. That’s not to say I’m all work and no fun, not at all. If my spare time allows it, I like to engage in some good old fashioned online carnage. If it’s an MMO with swords and lots of PvP, I’m most likely in it. Oh, and if you’re looking to pick a fight in Tekken or Mortal Kombat, I’ll be more than happy to assist! Connect with me by email markjudge (@) loadthegame.com only
@@MarkJudgeLTG
Previous Na’Vi takes the D2CL crown at Dreamhack Bucharest Masters 2014
Next Lords of the Fallen: PS4 vs Xbox One graphics comparison