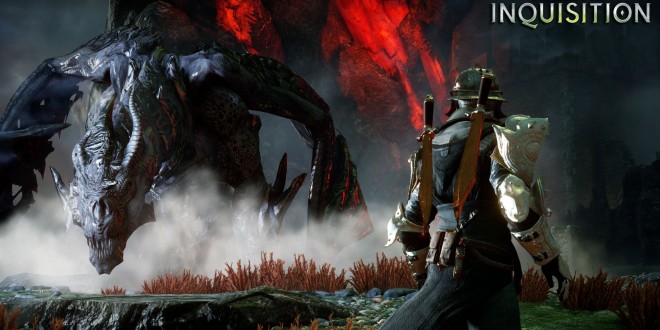 Yesterday, Executive Producer Mark Darrah had confirmed Dragon Age Inquisition had officially gone gold, stating “we’ve made it this far is also an acknowledgment of tremendous support and patience from our fans: you’ve been an inspiration to us since the beginning. The biggest story of the year is yours to play, very, very soon.”

Dragon Age Inquisition is an upcoming action role-playing game developed by BioWare and published by Electronic Arts. The developer is planning on fusing elements of both earlier games in the series, Dragon Age Origins and Dragon Age II, into the creation of Dragon Age Inquisition. The game will feature larger environments with much more opportunity for exploration. BioWare has confirmed that multiple playable races are returning, both male and female. Players can play as a human, dwarf, or elf just like in Dragon Age Origins. Additionally, Qunari are also playable for the first time. However, combat is expected to differ somewhat from its direct predecessor, and focus more on a player’s ability to prepare, position, and form a cohesive team with his or her party members, requiring fewer repetitive finger strikes but better thinking like the first installment.

I’m Load The Game’s co-founder and community manager, and whenever I’m not answering questions on social media platforms, I spend my time digging up the latest news and rumors and writing them up. That’s not to say I’m all work and no fun, not at all. If my spare time allows it, I like to engage in some good old fashioned online carnage. If it’s an MMO with swords and lots of PvP, I’m most likely in it. Oh, and if you’re looking to pick a fight in Tekken or Mortal Kombat, I’ll be more than happy to assist! Connect with me by email markjudge (@) loadthegame.com only
@@MarkJudgeLTG
Previous Mario Kart 8’s first dlc coming in late November
Next The first round of the Starcraft 2 WCS Global Finals has concluded