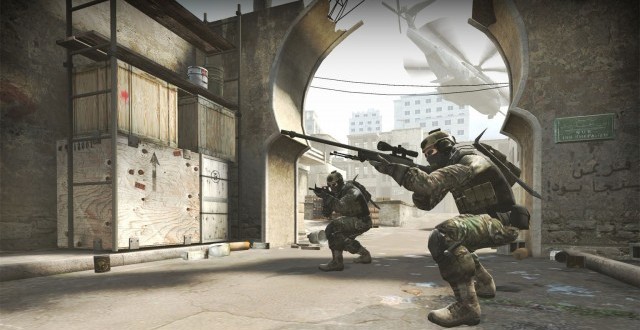 Counter-Strike: Global Offensive is making its way to Aspen for the Winter X Games

MLG is returning to the X Games and this time it’s bringing Counter-Strike: Global Offensive with it. Major League Gaming was also present at the  June X Games earlier this year in Austin, Texas with a major Call of Duty: Ghosts tournament. Back then, the organization promised that it will return in the future and it looks like it managed to keep this promise. X Games and MLG announced earlier today that the winter 2015 edition will feature a Counter-Strike: Global Offensive eSports tournament that’s scheduled to take place in Aspen between January 23-25. We don’t have the full list of participating teams yet, but we do know that the tournament will only have a total of eight teams that will be selected via online qualifiers.

“We took a big step in creating a broader experience for our fans in Austin, with the new gaming event, the music festival and other interactive activities and content on site, and now we’re working to extend that to Aspen,” said Tim Reed, senior director of X Games content strategy. Our fan base was really electrified with the idea of having MLG competitions at the X Games and having our pro players earn X Games medals in Austin, where it was a tremendous success,” MLG president and co-founder Mike Sepso told ESPN. “We’re thrilled to announce that Austin wasn’t a one-off.”

The prize for the Counter-Strike: Global Offensive tournament goes beyond money as the top three teams will win gold, silver, and bronze medals. The participating teams will also get to shows their skills in front of a large live audience and even more importantly, they will appear on network television. Although the matches will only appear on MLG.tv in their entirety, the highlights will air on ESPN and ABC during the X Games Aspen broadcasts. Needless to say, this is yet another important step forward for eSports and professional gaming and hopefully more like it will follow as well in the near future.

I’m Load The Game’s co-founder and community manager, and whenever I’m not answering questions on social media platforms, I spend my time digging up the latest news and rumors and writing them up. That’s not to say I’m all work and no fun, not at all. If my spare time allows it, I like to engage in some good old fashioned online carnage. If it’s an MMO with swords and lots of PvP, I’m most likely in it. Oh, and if you’re looking to pick a fight in Tekken or Mortal Kombat, I’ll be more than happy to assist! Connect with me by email markjudge (@) loadthegame.com only
@@MarkJudgeLTG
Previous League of Legends player Lee “Faker” Sang-hyeok is reportedly worth $1 million
Next Intel Skylake-S Chipset Specs Leaked