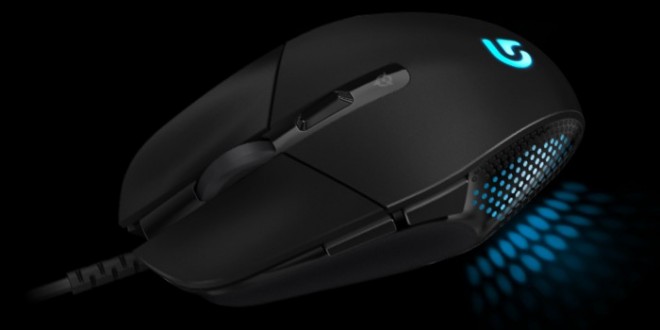 We all know that skill is what makes a pro gamer truly great, but having some good gear doesn’t hurt either. With that in mind, Logitech announced a new addition to its G-series of professional mice. Dubbed G302 Daedalus Prime MOBA Gaming Mouse, the peripheral is unsurprisingly aimed at players who prefer the Massive Online Battle Arena genre. This genre includes popular eSports games such as Dota 2, League of Legends, Smite, and Heroes of the Storm, among others. The MOBA oriented mouse features adjustable DPI settings, six programmable buttons, and Logitech’s own “Delta Zero” sensor technology that’s said to greatly improve accuracy.

“We built the Logitech G302 to meet the performance needs of the best e-sports athletes in the world,” said Logitech’s Gaming Director Vincent Tucker in regards to their new G-series mouse. “The G302 is the best mouse for MOBA gameplay, combining comfort and durability with some of the most advanced technology available. It withstands the rigors of the highest levels of gaming, and enables extremely fast clicking and precise timing.” Needless to say, the Daedalus is a must have for any serious MOBA player out there. Whether we’re talking about League of Legends or Dota 2, this mouse is certain to help you with your noob pwning endeavor.

While creating this mouse Logitech consulted pro MOBA players from well known teams like Cloud 9, Team SoloMid, Invictus Gaming, CJ Entus Frost, and CJ Entus Blaze. Aside from featuring Logitech’s Delta Zero technology, the Daedalus also sports low-friction feet, a lightweight design and highly resistant buttons that can withstand up to 20 million clicks. That’s the equivalent of playing 15 hours a day for about 2 years, which means that even the most hardcore of MOBA players can rest assured knowing that they won’t have to replace their mouse anytime soon if they own one of these bad boys.

I’m Load The Game’s co-founder and community manager, and whenever I’m not answering questions on social media platforms, I spend my time digging up the latest news and rumors and writing them up. That’s not to say I’m all work and no fun, not at all. If my spare time allows it, I like to engage in some good old fashioned online carnage. If it’s an MMO with swords and lots of PvP, I’m most likely in it. Oh, and if you’re looking to pick a fight in Tekken or Mortal Kombat, I’ll be more than happy to assist! Connect with me by email markjudge (@) loadthegame.com only
@@MarkJudgeLTG
Previous Here’s how “Assassin’s Creed V: Rising Sun” could look like
Next Xbox lead man, Phil Spencer talks about Microsoft’s future plans for PC gaming