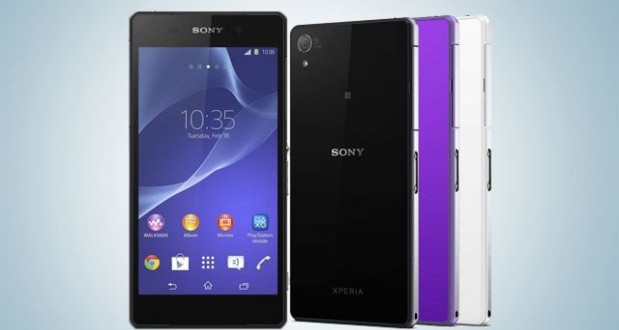 The Xperia Z2 OTA with Android 4.4.4 KitKat has the 23.0.1.A.0.167 firmware number and brings a whole bunch of new features and improvements to the OS. The changelog for the update includes PS4 Remote Play, a couple of new Smart Social Cmaera apps, Hi-Resolution Audio and Ultra Stamina Mode. Android 4.4.4 KitKat also brings new toggles to Quick Settings, including a Smart Screen rotation toggle, smartwatch remote Bluetooth Unlock and Record Screen. If you haven’t received the Android 4.4.4 KitKat update on your Sony Xperia Z2 or Xperia Z2 Tablet, you should manually update your firmware or contact support. The Bluetooth Unlock feature will now support unlocking with the new SmartBand Talk, Smartwatch 3 as well as the SmartBand. Screen Record is also a neat feature which will make recording apps and PS4 Remote Play gameplay easier. All you need to do is long-press the power button and select Screen Record. According to Sony, the Ultra Stamina Mode introduced with the new update should make you Xperia Z2 last for at least a week in standby mode. While the Xperia Z2 doesn’t boast with battery life as good as its successor’s, the Xperia Z3, this update should improve battery life a bit, too.

Sony said that the Android 4.4.4 KitKat update should finish its global rollout by the end of the month. People from various corners of the country have already reported receiving the OTA. Once the Android 4.4.4 KitKat rollout is completed, Sony can start working on Android 5.0 Lollipop update, the most expected update by everyone. While the update should pop up for Xperia Z2 users, in case it doesn’t you should try the manual update, as mentioned above. Let us know how the new features in Android 4.4.4 KitKat work out for you once you’ve received the update. We’re curious about the Screen Record toggle and excited about PS4 Remote Play. How about you?

My life-long dream has been to test out every gadget on the market! Considering the fact that I've rapidly destroyed almost every gadget I've had so far, I'm not inclined to owning something, so my ideal outcome would be to have a different gadget each month. I'm really into smartphones, wearables and tablets and I love Playstation and Xbox, I'm sure I'll beat you at your own game (after a month of training... or two)
Previous Android 5.0 Lollipop OTA delayed to November 12
Next Sapphire R7 250 Ultimate offers shocking performance in complete silence