Breaking News
Home » NEWS » Another Call of Duty during WWII “would be amazing,” says dev. 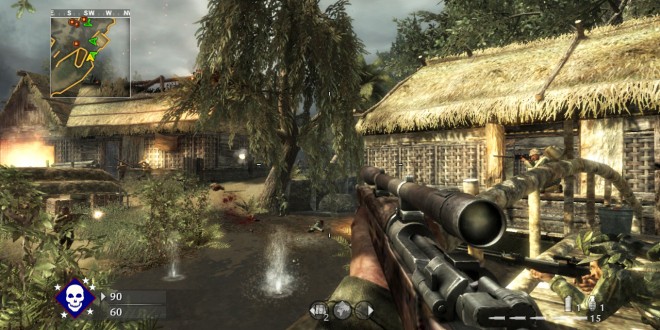 Another Call of Duty during WWII “would be amazing,” says dev.

During a recent interview with Metro, developer Sledgehammer Games Co-Founder Michael Condrey has mentioned a current-generation Call of Duty once again set during World War II “would be amazing.” Although Condrey would be on-board with said sort-of reboot, the Co-Founder has also mentioned going back could be tricky, given the new movement abilities introduced to the series with Advanced Warfare’s exosuit.

“I think a next generation game with the latest production values and robustness in a World War II setting like Band of Brothers would be amazing,” he said. “Now, how would it play and how would the multiplayer work after the new movement set in Advanced Warfare? That’s a tougher question than I’ve had to tackle yet.”

Call of Duty Advanced Warfare represents the eleventh primary installment in the Call of Duty series, and the first one developed primarily by Sledgehammer Games, after Neversoft was merged into Infinity Ward in May 3rd, 2014 and was officially made defunct on July 10th, 2014. In 2054, a terrorist organization known as the KVA initiates the first global terrorist attack in history by simultaneously destroying the nuclear reactors of developed countries around the globe, including the United States. As the result, Private Military Corporations (PMCs) have become the dominant armed forces for countless nations, and represent the first line of defense against this new enemy. You play as Jack Mitchell (voiced by Troy Baker) – a former U.S. marine who has joined one such PMC – called Atlas – who takes on different kinds of assignments across the globe from the company’s CEO – Jonathan Irons (voiced by Kevin Spacey) – as he begins his war as the promoter of democracy all over the world to change the global balance of power.

Call of Duty Advanced Warfare is already out on the PlayStation 4, Xbox One, PlayStation 3, Xbox 360, and PC.

I’m Load The Game’s co-founder and community manager, and whenever I’m not answering questions on social media platforms, I spend my time digging up the latest news and rumors and writing them up. That’s not to say I’m all work and no fun, not at all. If my spare time allows it, I like to engage in some good old fashioned online carnage. If it’s an MMO with swords and lots of PvP, I’m most likely in it. Oh, and if you’re looking to pick a fight in Tekken or Mortal Kombat, I’ll be more than happy to assist! Connect with me by email markjudge (@) loadthegame.com only
@@MarkJudgeLTG
Previous Ubisoft details The Crew’s season pass
Next Atari E.T. cartridges from landfill up on eBay