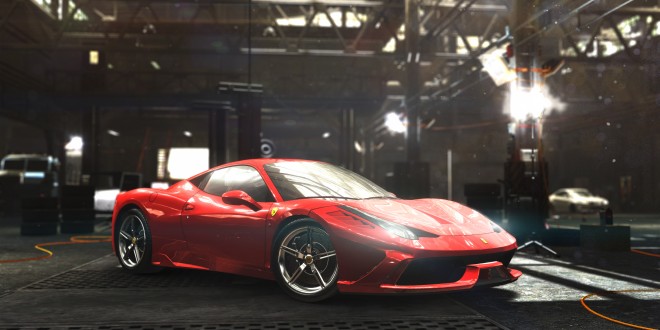 Publisher Ubisoft has announced and detailed the upcoming season pass for its open-world racing title, The Crew. The French publisher’s latest will feature four downloadable packages, the first of which is scheduled for a January 2015 release. All said DLC packs will include new missions, stickers, tuning-kits, and – of course – new cars. Season pass owners will get two exclusive cars on The Crew’s launch date, while also gaining access to future DLC one week in advance. Each pack will set you back £5.49, or you could purchase the aforementioned season pass for £19.99. Below you’ll find additional details on The Crew’s season pass. 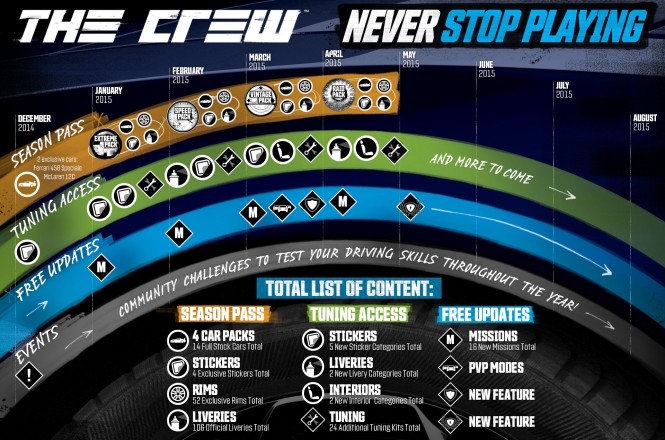 With the release of each content pack included in the season pass, there will be new missions corresponding with each pack’s theme, available to all players free of charge. New customisation options, paint jobs, rims, interiors, and tuning specs will also be released on in-game stores. The Crew is an open and persistent world for racing across the United States; it takes 45 minutes to drive from coast to coast in-game. The single-player campaign is 20 hours long, and entails infiltrating criminal groups with protagonist Alex Taylor (Troy Baker). The Crew launches on December 2nd everywhere but Japan, on the PlayStation 4, Xbox One, and PC. Players of the Land of the Rising Sun will get it on December 4th.

I’m Load The Game’s co-founder and community manager, and whenever I’m not answering questions on social media platforms, I spend my time digging up the latest news and rumors and writing them up. That’s not to say I’m all work and no fun, not at all. If my spare time allows it, I like to engage in some good old fashioned online carnage. If it’s an MMO with swords and lots of PvP, I’m most likely in it. Oh, and if you’re looking to pick a fight in Tekken or Mortal Kombat, I’ll be more than happy to assist! Connect with me by email markjudge (@) loadthegame.com only
@@MarkJudgeLTG
Previous Google Maps update with Material Design rolling out
Next Another Call of Duty during WWII “would be amazing,” says dev.