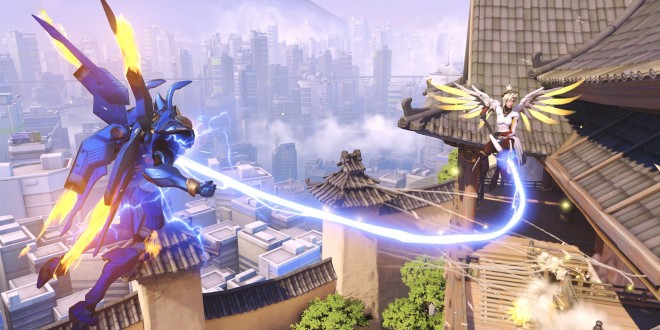 Here’s the connection between Overwatch and Project Titan

Back in late September, Blizzard Entertainment had announced its supposedly-ambitious massive multiplayer online title – Project Titan – had been officially cancelled. Yesterday, the publisher had revealed its newest intellectual property in over 15 years – Overwatch. Coming so soon after Project Titan’s cancellation, some may think there’s a connection between these two games. Apparently, there is. During this weekend’s BlizzCon, Senior Vice President of Story and Franchise Development Chris Metzen had mentioned while Overwatch shares a “spiritual continuity” with Project Titan, these two are “pretty different.”

“I’m not going to get into what [Titan] was going to be or what we wanted it to be. I can tell you what it was – in a way, it was frustrating. It was a big, giant idea; it was almost like six video games in one. It was the most ambitious game ever. It was fun to try to tackle it, and boy did we tackle it. We wrestled with it for a long time. And it sucked; we couldn’t figure it out. It makes you just [clenches his fist] – we couldn’t crack it. Imagine this amazing team just frustrated. ‘Why can’t we do this?’ It’s trying to fret a chord and write the song. ‘We can’t write the song, why can’t it just sound awesome?’ Can’t find the harmony, whatever.”

“And when we decided to go another way, like Jeff was saying, we’ve got this hook, ‘Why aren’t we doing that? We love that.’ And we decided to do it and, suddenly, ‘Boom!’ The music just exploded. And we started looking at [Overwatch] for what it was, and it unleashed this tidal wave of passion and certainty and distilled; clear ideas. And this world idea – it was just this monstrous thing of energy. I hope people look at Overwatch as a very clever game. But I’ll tell you – under the hood – we needed this; just as developers to feel that lightning coursing through it again.”

I’m Load The Game’s co-founder and community manager, and whenever I’m not answering questions on social media platforms, I spend my time digging up the latest news and rumors and writing them up. That’s not to say I’m all work and no fun, not at all. If my spare time allows it, I like to engage in some good old fashioned online carnage. If it’s an MMO with swords and lots of PvP, I’m most likely in it. Oh, and if you’re looking to pick a fight in Tekken or Mortal Kombat, I’ll be more than happy to assist! Connect with me by email markjudge (@) loadthegame.com only
@@MarkJudgeLTG
Previous OnePlus one pre-orders start on November 17
Next Elon Musk to outfit the world with satellite internet