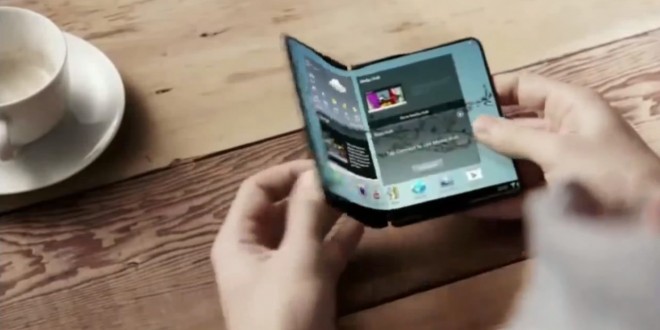 Rumors have emerged about Samsung working on a new 6 inch 4K display that should be ready by August 2015. As we’ve been used to, the Galaxy Note line usually gets a refresh around the end of Summer and the beginning of Autumn. With that in mine, the timeline of Samsung is suspicious at the least. The 6 inch 4 K display the company is making corresponds with the release of the Note 5, which leaves us wondering how far the company will go with their displays?

Samsung has already announced that it would be focusing more on creating displays that you will only marvel at. Samsung should be making Ultra HD resolution panels that they can put in to future phones. The 6 inch 4K panel will probably end up on the next generation Galaxy Note 5, but we’re wondering how such a big screen with such a hefty resolution will be powered. We’re also thinking that either Samsung has some great design ideas or the Galaxy Note 5 will be a pretty thick phone. At the same time, we also saw the new flexible, bendable battery technology Samsung is working on, but the company said they still needed at least 3 years to perfect the battery.

While many have stressed the fact that the human eye can’t really tell the difference between QHD and UHD, it seems Samsung is challenging that opinion with the new 4K display that might show up on the Note 5. That resolution and the 6 inch screen puts pixel density at a whopping 700 ppi, which is well above the really clear screens we’ve seen on the Galaxy Note 4 or the LG G3. The new AMOLED display Samsung is working on will have a 2160*3840 resolution to be precise and Samsung has confirmed that these panels are indeed in the making. At the same time, LG is also working on similar smartphone displays. It seems that 2015 will encompass a battle between Samsung and LG for the best smartphone display in the world. Since LG did extremely well with the LG G3 and Samsung baffled us with the Galaxy Note 4, we honestly don’t know what to expect.

My life-long dream has been to test out every gadget on the market! Considering the fact that I've rapidly destroyed almost every gadget I've had so far, I'm not inclined to owning something, so my ideal outcome would be to have a different gadget each month. I'm really into smartphones, wearables and tablets and I love Playstation and Xbox, I'm sure I'll beat you at your own game (after a month of training... or two)
Previous Dota 2 is now being studied in schools
Next Motorola Moto G vs LG Nexus 5 – specs, price and features compared