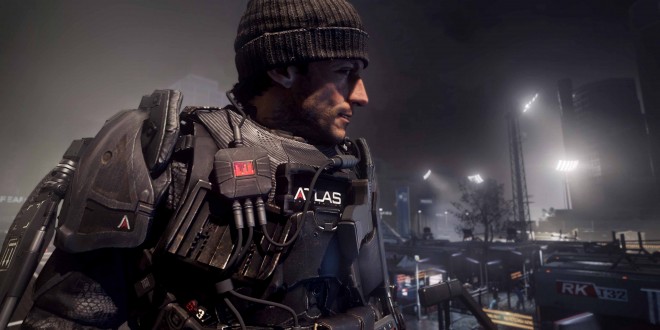 Call of Duty: Advanced Warfare benchmarked on the Geforce GTX 650

Call of Duty: Advanced Warfare has just been released and it has already received a series of analyses and reviews. I’ve recently published an article analyzing the PS4 and Xbox One Multiplayer graphics performance of Sledgehammer’s massive shooter, and now I’d like to focus on an Advanced Warfare PC benchmark, courtesy of game-debate. Although the title is pretty demanding, a relatively low-end rig was used in this testing. The PC in question packs a Geforce GTX 650 graphics card which sits just above the game’s required minimum, backed up by an AMD FX-4100 CPU and a modest 4GB of RAM. As you may know, Advanced Warfare requires a minimum memory of 6GB, but based on a previous Call of Duty Ghosts benchmark which revealed that the game uses just a fraction of the RAM memory, reviewers reckoned they could get the current Call of Duty title running with no problems.

Call of Duty: Advanced Warfare is a game which benefits from a large array of graphics options that allows extensive tweaking to squeeze out the best performance possible. With all the graphics options customly preset, the GTX 650 benchmark of COD: AW got under way. For this benchmark test, the first mission set in South Korea was selected for a number of times in order to set a frame rate average at various resolution settings. This plan turned out to be too bold for the PC’s capabilities, as the game refused to run even when set at 720p resolution. Loading the game’s first level took between 5 to 10 minutes and during this interval the CPU usage reached the 100% cap, while the RAM memory got completely eaten up. When the loading was finally completed and the game got under way, shocking frame rate discrepancies were very common on 720p Low Texture Quality settings. While the game reached a respectable 26FPS at times, sudden drops to 1FPS were very frequent and certainly not pleasant at all. So, if you’re considering on playing Call of Duty: Advanced Warfare on a similarly spec’d machine, you should forget about it. Take a look at the graph below, courtesy of game-debate:

Reviewers have reported over 20 massive frame rate dips and about a dozen peaks over 100FPS. The GTX 650 is obviously choked to death by an overwhelmed CPU here, a graphics card which should otherwise be capable of delivering a decent frame rate when running this game accompanied by a more powerful CPU and additional RAM. So, as the benchmark shows, 4GB of RAM is not nearly enough to play Advanced Warfare. Game-debate promises to return with a new benchmark on a more powerful machine packing a Geforce GTX 750Ti, 8GB of RAM, and the Intel i5-4670K. We’ll see how that turns out.

I'm Razvan, a sports and first-person shooter enthusiast. I've always loved writing, even more so when it involves games. When I'm not playing on my PS3 or writing, I like to run exhausting cardio workouts, play soccer, watch a good movie, or read a good book.
Previous Top 5 most popular eSports games right now
Next Bungie details the upcoming Destiny updates