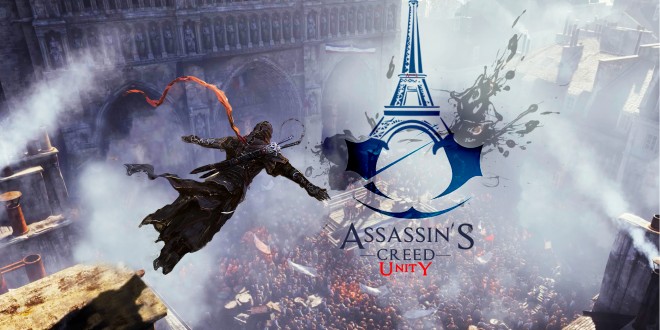 Everyone knows about the problems that have been marring Ubisoft’s new addition to the Assassin’s Creed saga, Unity. But why did it happen? Was it too ambitious? Did Ubisoft rush the production in time for Christmas? Did they try to utilise the full power of next generation technology too quickly?

Production of Unity began shortly after the completion of Assassin’s Creed: Brotherhood in 2010. That gave them almost four years to create this game and it just doesn’t show. Aspects of the game are highly polished, the graphics are amazing for an open world game, especially the lighting, and it’s incredible how many NPC’s populate the world. But then there’s the massive frame rate drops that players have been encountering, falling out of the maps, getting stuck in parts of the environment, textures not loading properly and many more. All of these have left people with a game that doesn’t feel finished.

Patches are being released to fix some of these issues but shouldn’t that have been done in Alpha and Beta testing? The bugs were quite common at first so it’s hard to believe that the developers didn’t know they were there. With Christmas fast approaching and numerous other big titles coming out in anticipation of the holiday rush, it seems logical to think that they wanted it to come out before Christmas to raise sales. But is this what led to these shortcomings? We’ll never really know what happened, but I don’t think it’s too much of a stretch to think the impending holiday had an impact on it.

With Unity being a true next generation game, it’s curious to think if they over stretched. There is always a curve with console games, where developers begin to learn how best to utilise the computing power provided and as the software behind games improves, it becomes easier to do more. So did Ubisoft jump in at the deep end and try to do too much too quickly?

There’s no denying that Assassin’s Creed Unity was ambitious, and that is not a bad thing. The best games come from developers with high ambitions. But as development progressed and these problems appeared (I can’t believe these errors all went unseen) shouldn’t measures have been taken to fix them. Either by delaying the release date to ensure a quality product or cutting back. Neither of which is an appealing prospect I’m sure, especially as delaying the release may have meant missing Christmas. Hopefully Ubisoft will be quick to fix these issues but for whatever reason this issues happened, a feeling of disappointment will linger, I’m sure.

I’m Load The Game’s co-founder and community manager, and whenever I’m not answering questions on social media platforms, I spend my time digging up the latest news and rumors and writing them up. That’s not to say I’m all work and no fun, not at all. If my spare time allows it, I like to engage in some good old fashioned online carnage. If it’s an MMO with swords and lots of PvP, I’m most likely in it. Oh, and if you’re looking to pick a fight in Tekken or Mortal Kombat, I’ll be more than happy to assist! Connect with me by email markjudge (@) loadthegame.com only
@@MarkJudgeLTG
Previous Hearthstone is more complex than Magic The Gathering according to MTG champion
Next ROCCAT is the new main peripheral partner for Intel Extreme Masters