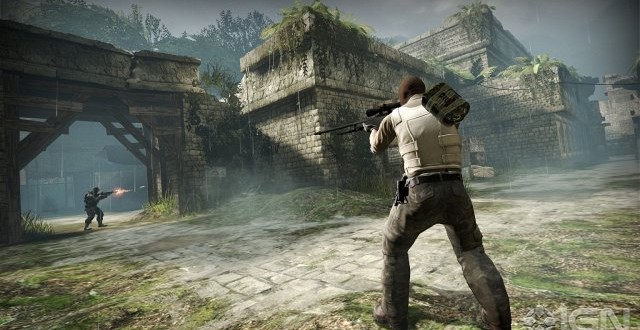 About a week ago, ESL announced their new league system for Counter-Strike Global Offensive with $50,000 on the line as prize money. The system consists of three different leagues: Professional, Major, and Open. The Pro League will feature sixteen of the best CS:GO teams around, eight of which will need to qualify while the other eight are invited by ESL. While we’ll still have to wait a bit to know who the qualifying teams are, the invited ones have already been announced earlier today by ESL. As you might imagine, the organization only invited the best of the best to participate in the Pro League, although there are a few top teams missing from the line up.

The Counter-Strike Global Offensive teams that have received an invitation are as follows: Ninjas in Pyjamas, Natus Vincere, Team Dignits, Epsilon, Titan, Team LDLC, and Virtus.pro. According to ESL, “all seven of these teams played at ESL One Cologne at gamescom and gave some surprising performances throughout the tournament. While some of them might not have had the best time afterwards, we see these teams and organizations bringing solid performances in the future, and are happy to see such talented players taking part in the first season of our newly created league.”

ESL only invited seven teams thus far, with the eight one still to be revealed. It is speculated that the final team to receive an invitation will be iBUYPOWER, but take this with a grain of salt for now. There are a couple of other good candidates as well such as Cloud 9 or Fnatic. However, Cloud 9 will be returning to the US shortly after Dreamhack Winter and Fnatic are said to be taking a break at the moment, so presumably neither of them will participate in the ESL Pro League. The league will officially kick things off on December 3rd and you can find more information about it here.

I’m Load The Game’s co-founder and community manager, and whenever I’m not answering questions on social media platforms, I spend my time digging up the latest news and rumors and writing them up. That’s not to say I’m all work and no fun, not at all. If my spare time allows it, I like to engage in some good old fashioned online carnage. If it’s an MMO with swords and lots of PvP, I’m most likely in it. Oh, and if you’re looking to pick a fight in Tekken or Mortal Kombat, I’ll be more than happy to assist! Connect with me by email markjudge (@) loadthegame.com only
@@MarkJudgeLTG
Previous Sony celebrates the 20th anniversary of PlayStation with a great trailer
Next Battery-free electric cars may become real in 5 years

The League Championship Series Spring Split has been over for less than a week, yet ...