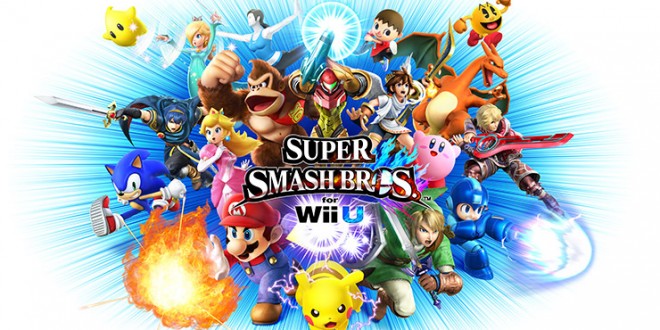 Nintendo has revealed that you can pre-load Super Smash Bros., the highly anticipated Wii U exclusive. Pre-loading was first available for PC gamers who were allowed to download game files in advance and access the full game upon a midnight release . This feature had made its way to current generation consoles like the PS4 and Xbox One this past summer. Now it has made its way to the Wii U. Super Smash Bros will actually be the first Wii U game to have a pre-loading functionality. The game will be available for play starting at midnight, EST on November 21st, 2014.

Those who desire to access this feature will only have to purchase Super Smash Bros. on the Nintendo eShop or get an online code from participating retailers. Once they have the code they can redeem it and begin to pre-load Super Smash Bros data while their Wii U is in standby mode. The game will then be available to play at midnight Eastern, 9pm Pacific. Those who have pre-ordered the game already via Nintendo.com will also have access to pre-load Super Smash Bros. via an email from Nintendo. The email will be sent 72 hours before release and include an online code to redeem in order to begin downloading the data.

Super Smash Bros. had a 3DS iteration that was released on October 9, 2014 and will be able to communicate with the Wii U version. The 3DS version sold over 1 million copies in two days. Super Smash Bros for the Wii U is looking to have impressive sales numbers as well. Reggie Fils-Aime spoke to Bloomberg saying that presales for the game surpass Mario Kart 8, which sold 2.82 million copies in a little over a month. The Wii U’s sales have been picking up since earlier this year, and are projected to sell 3.6 million Wii U consoles over the course of the year.