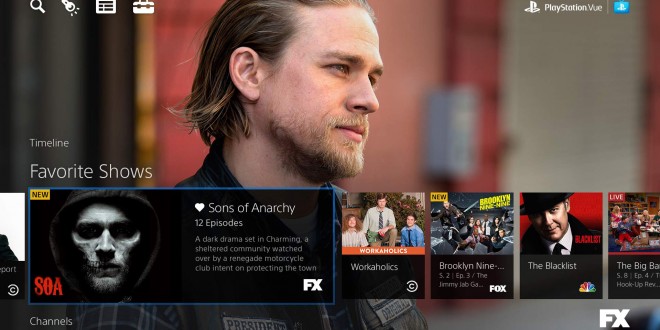 Sony has divulged details on its new internet television service called PlayStation Vue via The New York Times. The video service will require a PlayStation console to stream and delivers both live and on-demand programs. The service will first be available to a select few residing in New York City and will extend to more cities in the beginning of 2015. The first package for PlayStation Vue contains around 75 channels and requires an internet connection instead of your standard cable cord. The service is listed to offer networks such as CBS, NBC and Fox along with USA, MTV, and Comedy Central.

Rebecca Glashow spoke to the New York Times about PlayStation Vue, explaining, ““It looks very similar to your cable and satellite subscription, but they are innovating on the user experience. It’s more Internet-like in the way that you navigate, search and discover content.”

The service lacks large networks such as ESPN, HBO and TNT and also does not include other video streaming services such as Netflix and Hulu Plus. However, Sony acknowledged this and commented that you can already access some of that content through the same PlayStation devices you will be using to view PlayStation Vue. The target demographic was explained by group chief executive Andrew House as being the young male users of PlayStation consoles.

PlayStation Vue is another service that is attempting to provide new options to a public that is starting to move away from standard cable, or have never even paid for cable or satellite television. Unfortunately because of the lack of every large network, the service may not be as successful as Sony hopes. Media analyst Todd Juenger remarked, “People are expecting a transformative, disruptive new model where they can say, ‘I just want to pay for this or that like iTunes.’ That is not coming. Everybody is conspiring to make sure that is not going to happen.”

Previous Call of Duty Advanced Warfare Review – Spoilers Inside
Next iPhone 6 Prototype was an unfinished unit, sold for $11.100