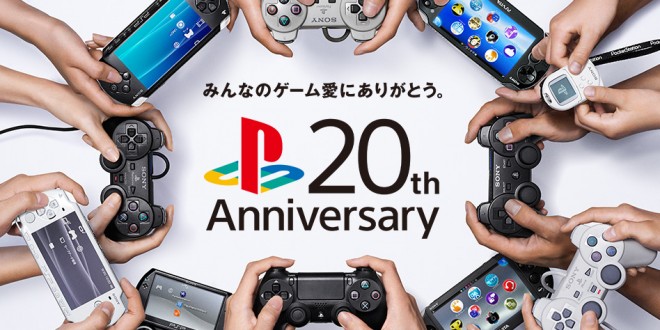 Sony celebrates the 20th anniversary of PlayStation with a great trailer

It’s hard to believe that almost 20 years have passed since Sony released its first PlayStation gaming console, on December 3rd 1994. At that time, Nintendo and Sega were the main console giants fighting for supremacy on the market. When Sony launched its PlayStation One, it was pretty clear right away that the new kid on the block was going to shift the balance and revolutionize the gaming console as we knew it. The first PlayStation One was launched in Japan in 1994, while the rest of the world saw the new gaming platform on September the following year. Although this is not the actual birthday of the PlayStation console, Sony has decided to launch a 20 year commemorative trailer of its iconic console, since December 3rd is not that far away.

The PlayStation One sold in a staggering 100 million units, 10 years after its release and is considered one of the greatest gaming consoles of all time. Its successor, the PlayStation 2 received a glorified release back in 2000, being regarded as the best gaming platform of its time. The PlayStation 2 certainly lived up to its potential, selling in over 155 million units and establishing itself as the best selling home-console to date. I used to own both the Fat and Slim PS2 models and I gotta say that they were reliable as hell and performed flawlessly. Those long nights come to mind, when Need for Speed, Tekken, FIFA or Fight Night were on the menu when playing with my friends. I guess every gamer has their own priceless memories. Moving down the memory lane, the PlayStation 3 was launched in 2006 and was quickly adopted by Sony fans worldwide. The PS3 sold in over 80 million units to date and is the road opener of the high-end graphics we are seeing today. As I recall, I’ve had 5 PS3s throughout the years, and all of them were truly great.

Sony’s two handheld game consoles, the PSP and PS Vita are also worth mentioning. The PSP was first released on December 12, 2004 and sold in 80 million units worldwide as of November 2013. PS Vita is PSP’s successor, and widely regarded as a great portable game console. Sony’s second portable gaming device launched on December 17, 2011, selling in 4 million units as of January 2013.

Finally, we conclude with the PlayStation 4 – Sony’s current-gen console which came out in 2013 and sold in 1 million units within 24 hours of its release, to become the fastest selling console in history. Sony claimed upon release that the PS4 is the “best console ever made.” The Slim version of the PS4 has not yet been officially announced, but we might be seeing it at E3 2015.

Sony has given us two decades of great PlayStation gaming memories and a lot more are still to come.

I'm Razvan, a sports and first-person shooter enthusiast. I've always loved writing, even more so when it involves games. When I'm not playing on my PS3 or writing, I like to run exhausting cardio workouts, play soccer, watch a good movie, or read a good book.
Previous Pokemon Reveals Delta Episode
Next Here are the Counter-Strike Global Offensive teams invited to participate in the ESL Pro League