Breaking News
Home » LTG Slider » Xbox One sold almost 10 milion units, sales in the US have more than tripled 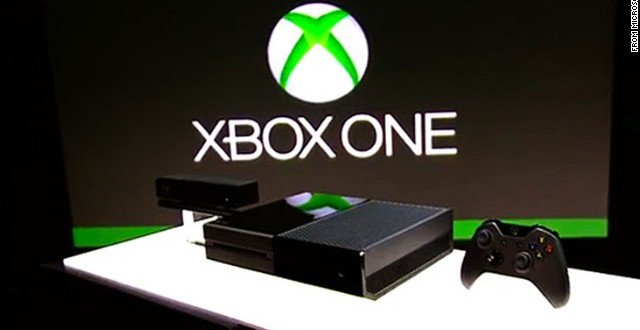 Xbox One sold almost 10 milion units, sales in the US have more than tripled

It seems that Microsoft’s efforts with the Xbox One are finally starting to pay off. Corporate Vice President of Marketing, Strategy and Business Yusuf Mehdi announced just moments ago that the console is quickly approaching the 10 million mark. According to Mehdi, sales have skyrocketed lately as a result of new releases, new bundles, and various discounts. The Xbox One is currently priced at only $349 in the US, a fact that undoubtedly helped a lot with the sales. The VP also mentions that sales in the US for the console have more than tripled compared to the previous week and it’s very likely they will continue to rise in the coming weeks.

Thanks to games like Sunset Overdrive, Assassin’s Creed Unity, Halo: The Master Chief Collection, and Call of Duty: Advanced Warfare, the Xbox One seems to be finally catching up to the PS4. “The response to this wave of blockbuster game releases and new bundles has been amazing, and sales have skyrocketed since the new price took effect on Nov. 2,” Medhi said in a blog post. “Compared to the previous week, Xbox One sales in the US have more than tripled, which is exciting as more and more friends will be playing together this holiday. As we head into the busy holiday season Xbox One led generation 8 console sales in the US for the past two weeks.  Shortly, we will have sold in to retailers more than 10 million Xbox One consoles.”

Rival Sony is not doing that bad either with around 14 million PS4 units sold to date. However, the gap between the two consoles has been much wider until now. We’ve seen Microsoft try all sorts of things in an attempt to promote and sell more consoles, and judging by this recent post it’s safe to say that they are definitely on the right track. Now, while Sunset Overdrive and Halo: The Master Chief Collection are Xbox One exclusive titles, Assassin’s Creed Unity and Call of Duty: Advanced Warfare are available on the PS4 as well. That said, it seems these two recently released games are selling somewhat better on the Xbox One, although specific numbers have not been revealed. As Mehdi himself mentions, the busy holiday season is approaching fast and the battle will be fiercer than ever before, which is definitely great news for gamers in general. Whether you’re a PS4 or Xbox One owner, you can rest assured that both Sony and Microsoft will do their best to gain an upper hand in the fight, so we can expect to see more new releases, discounts, and perhaps even some free games soon.

I’m Load The Game’s co-founder and community manager, and whenever I’m not answering questions on social media platforms, I spend my time digging up the latest news and rumors and writing them up. That’s not to say I’m all work and no fun, not at all. If my spare time allows it, I like to engage in some good old fashioned online carnage. If it’s an MMO with swords and lots of PvP, I’m most likely in it. Oh, and if you’re looking to pick a fight in Tekken or Mortal Kombat, I’ll be more than happy to assist! Connect with me by email markjudge (@) loadthegame.com only
@@MarkJudgeLTG
Previous Assassin’s Creed Rogue – first impressions | a worthy templar
Next Nintendo Reveals Transparent 2DS