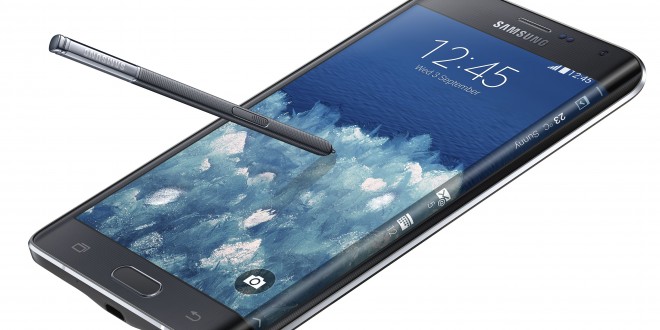 Ever since we first saw the Galaxy Note Edge, we though about how fragile and exposed that hanging screen was. When we heard that the Galaxy Note Edge would only be available in 1 million units, we thought that Samsung might have recognized the design flaw in the device and decided that it doesn’t want any major lawsuits saying that the hanging edge screen was not properly protected. But now, the Galaxy Note Edge is going on sale in the U.S. and Samsung has addressed the issue of damage to the screen.

According to Samsung, those interested in the Galaxy Note Edge shouldn’t worry about the exposed hanging edge screen. The company says that their design and drop tests have proved that the hanging edge screen will be protected in case of a drop. At the same time, the edge screen on the Galaxy Note Edge is capable of telling the difference between a grip, a tap and a palm touch, so accidental launch of applications should not be a major issue for those who want to get their hands on the Galaxy Note Edge. Every time we talked about this phone, we emphasized the fact that that hanging display can’t be covered with a case and in case you drop it on the side, the impact will shatter the screen. If the edge display is hurt, since it is connected to the main display, the cracks will surely migrate and the handset will be ruined.

Here’s what Samsung said about the issue in a blog post: “Before we talk about the uniqueness and its purpose of the Galaxy Note Edge, we must address the curiosity people have when they saw the Edge Screen for the first time, the durability. What happens when someone drops it? Wouldn’t the screen on the side break easily? Developers at Samsung were aware that people might be concerned that the curved display might crack easily. They say that they’ve done more than 1,000 drop tests, not to mention other vigorous durability tests that Samsung is widely recognized for. The Galaxy Note Edge actually undergoes more durability tests – tests designed to simulate the different angles it may fall because of the edge screen and how the edge screen changes the way the device is gripped.  The metal frame plays a significant role here too. It’s pretty clear that the rigid metal helps make the frame stronger. Also, if you take the device, you can see that the metal frame pops out a bit from the screen, so that when the device is dropped, it impacts the metal frame first. Therefore, in terms of the device being dropped, it drops similar to the way regular smartphones are dropped; the display isn’t the first impact point. Basically, the point is, the Galaxy Note Edge is quite durable.” While that is reassuring, we want to visualize those drop tests. In any case, the Galaxy Note Edge should go up for sale in the U.S. today. Are you among those who want to buy the innovative device or do your concerns get the best of you?

My life-long dream has been to test out every gadget on the market! Considering the fact that I've rapidly destroyed almost every gadget I've had so far, I'm not inclined to owning something, so my ideal outcome would be to have a different gadget each month. I'm really into smartphones, wearables and tablets and I love Playstation and Xbox, I'm sure I'll beat you at your own game (after a month of training... or two)
Previous Surface Pro 3 vs Lenovo Yoga 3 Pro – convertible battle
Next The Smite European Championships will conclude this weekend