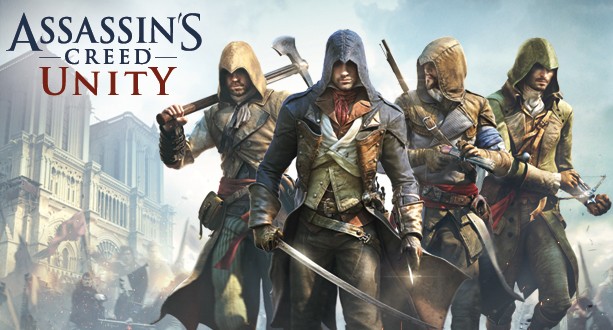 Assassin’s Creed Unity Patch 3 in the works, here’s the preview

Assassin’s Creed Unity was releases earlier this week in a less than ideal manner, with plenty of bugs and glitches to go around on all platforms, namely PC, PS4, and Xbox One. The game received generally good reviews (although not great) from most news outlets, but a lot of gamers out there were not so kind due to the plethora of issues which made Ubisoft’s latest title all but unplayable for many. The company is definitely aware of these issues and has already releases two patches aimed at fixing some of them. Seeing as how Assassin’s Creed Unity still has more than a couple of problems, Ubisoft will launch one more patch in the near future and this is one is going to be much larger in scope than the first two. The patch notes have not been announced yet, but the company did release a preview of Patch 3.

The third patch for Assassin’s Creed Unity is being created with user feedback in mind, so if you have any problems with the game you can report them on Ubisoft’s support site. And it would be a very good idea to do so because the game still has a large amount of problems. Just to give an idea, the company says that not even this third patch can solve all the problems, but at least “it will dramatically improve your experience.” It’s great to see that the Live Updates Team is working hard to roll out these patches as fast as possible, but it’s downright mind boggling that Assassin’s Creed Unity was even launched in the first place. Gamers don’t forget easily and you can be certain they will be talking about this game’s extremely poor quality at launch for years to come.

I’m Load The Game’s co-founder and community manager, and whenever I’m not answering questions on social media platforms, I spend my time digging up the latest news and rumors and writing them up. That’s not to say I’m all work and no fun, not at all. If my spare time allows it, I like to engage in some good old fashioned online carnage. If it’s an MMO with swords and lots of PvP, I’m most likely in it. Oh, and if you’re looking to pick a fight in Tekken or Mortal Kombat, I’ll be more than happy to assist! Connect with me by email markjudge (@) loadthegame.com only
@@MarkJudgeLTG
Previous Civilization Beyond Earth now has an Assassin’s Creed insipred mod
Next Halo is not ready to return to eSports just yet, but it will be soon