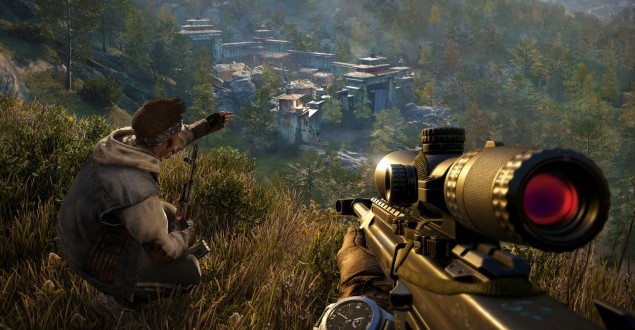 Hopefully, the upcoming Far Cry 4 title will take some of the pressure from Ubisoft’s shoulders and deliver a glitch free gameplay. The acclaimed FPS is scheduled to go live tomorrow in North America and developers seem to have taken their own precautionary measures to make sure that this particular launch will not be affected by the same problems as Assassin’s Creed Unity. Recent reports seem to be pointing out that everything is smooth in Kyrat, but we’ll have to wait a little bit longer to find out for sure. In the meantime, Ubi has come up with two Far Cry 4 PC patches, the second of which might be introduced upon the game’s release. Take a look at the full patch notes:

Far Cry 4 is scheduled to launch tomorrow, November 18th in North America and UK. The game will be hitting Europe and Australia on November 20th, while Japan will be seeing the shooter on November 22nd. Far Cry 4 will be available on PC, PS4, PS3, Xbox One and Xbox 360.

I'm Razvan, a sports and first-person shooter enthusiast. I've always loved writing, even more so when it involves games. When I'm not playing on my PS3 or writing, I like to run exhausting cardio workouts, play soccer, watch a good movie, or read a good book.
Previous Elite: Dangerous will no longer feature an offline mode
Next Far Cry 4 is as smooth as silk on PC according to early reports