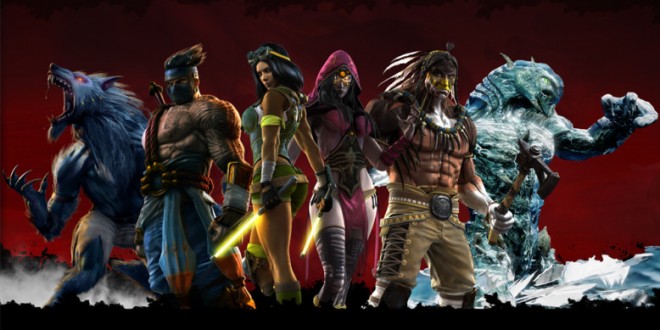 Developer Iron Galaxy has recently revealed the next character to join Killer Instinct Season 2’s roster – Kan-Ra. This 2,500-year-old Babylonian used to be a sorcerer, although dark magic had cursed him to rot, hence the mummy-like appearance. Kan-Ra’s specialities are based on dark magic and matter manipulation. You can check out more details on Season 2’s latest on the game’s official forums. Additionally, Microsoft Studios Creative Director Adam Isgreen has announced a live-stream set for November 21st will first-showcase Kan-Ra, so stay tuned for that. 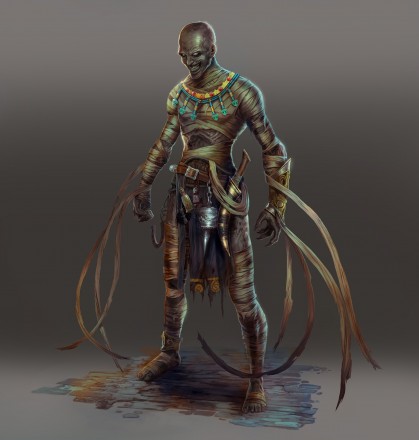 More than that, Isgreen has revealed a new character will be released every calendar month. “‘Every month’ could more accurately be represented as ‘every calendar month’ instead of ‘every 30 days’,” Isgreen says. “Not every update will drop on the same day of every month, as some months have a lot more features packed into them than others and requires more test and development time. We’ve seen in the industry showing some things early or talking about a radical high-level concept can have huge negative reactions without context around it,” Isgreen continues, adding the studio has been careful about divulging its work, because “they only get one chance to make an impression with most people – early or not.”

Killer Instinct is the third fighting game in the Killer Instinct series, developed by Double Helix Games, Iron Galaxy Studios, Rare, and Microsoft Studios under supervision of Ken Lobb. The game was announced during Microsoft’s E3 2013 press event, and was released exclusively as a free-to-play launch game for the Xbox One on November 22nd, 2013. The game takes place a few years after the events of Killer Instinct 2, with the time paradox at the end of the first game having been retconned. Killer Instinct has received positive reviews for its mechanics and engine, but criticized for its initial lack of content. A second season of characters was released on October 15th, 2014.

I’m Load The Game’s co-founder and community manager, and whenever I’m not answering questions on social media platforms, I spend my time digging up the latest news and rumors and writing them up. That’s not to say I’m all work and no fun, not at all. If my spare time allows it, I like to engage in some good old fashioned online carnage. If it’s an MMO with swords and lots of PvP, I’m most likely in it. Oh, and if you’re looking to pick a fight in Tekken or Mortal Kombat, I’ll be more than happy to assist! Connect with me by email markjudge (@) loadthegame.com only
@@MarkJudgeLTG
Previous Prynt turns your phone into a printer
Next Dragon Age Inquisition gets stunning new screenshots