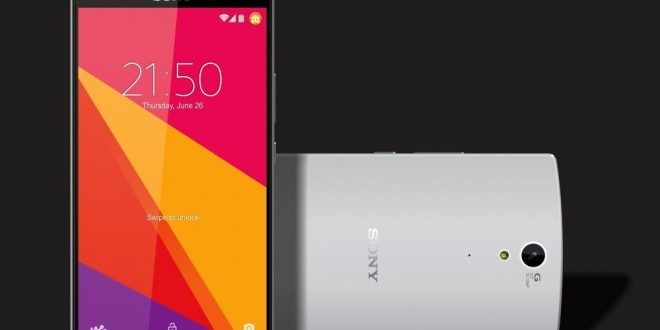 We have already talked about the Sony Xperia Z4 in the past, and mentioned that the Xperia Z4 might be the last Sony phone to cater to the 6 month cycle the company has set recently. While the Xperia Z3, Xperia Z3 Verizon exclusive and Xperia Z3 Compact managed to gather quite a lot of fans thanks to their impressive battery life, waterproof certification and excellent specs, the Xperia Z4 should end up being a sensation.

Sony is already planning a mysterious launch event for January 5, which would be a little early to launch the Xperia Z4, but we don’t have other ideas about what the company might be bringing to the table so early next year. The newest photo leak involving the Xperia Z4 details some of the changes the company made to the device, including moving the speakers on the top and bottom to the side and the proximity sensor has switched places with the selfie camera. Other leaked Sony Xperia Z4 specs include a 5.5 inch display with a 1440*2560 resolution, a 64 bit Snapdragon 810 CPU, 4 GB RAM, 32 GB internal storage, Qi wireless charging and IP68 certification.

While Sony does have a private event scheduled, the company will also be showing off the Xperia Z4 at CES 2015. CES 2015 will be taking place between Janyray 6 and 9 next year. We should also expect Sony to reveal the Xperia Z4 Ultra, Xperia Z4 Compact and Xperia Z4 Tablet at the press conference. With the Xperia Z4 and the hopeful Sony, we expect the company to let go of the 6 month release cycle and turn towards a more reasonable 1 year release cycle like Samsung did a few centuries ago. In any case, the Xperia Z4 seems like a promising and future-proof device we are very excited to get our hands on. We can’t wait for CES 2015 in Vegas and all the new gadgets we will be seeing there.

My life-long dream has been to test out every gadget on the market! Considering the fact that I've rapidly destroyed almost every gadget I've had so far, I'm not inclined to owning something, so my ideal outcome would be to have a different gadget each month. I'm really into smartphones, wearables and tablets and I love Playstation and Xbox, I'm sure I'll beat you at your own game (after a month of training... or two)
Previous Google Glass losing support, fading into oblivion
Next The world and NPCs in The Witcher 3 will react to your actions