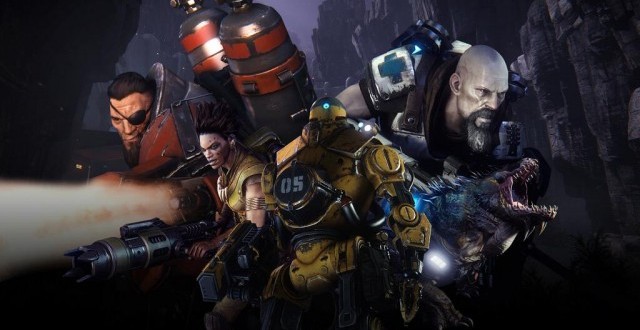 Can Evolve become successful on the eSports scene?

Turtle Rock Studios have managed to impress a lot of people with their upcoming 4v1 action FPS, Evolve. The game is still in the Alpha testing phase but has already been embraced by the press and the gamers who were able to get in on the action during this early phase of testing. I’m fairly certain that Evolve will end up appealing to a lot of people once the final version of the game comes out, but can it also appeal to eSports fans by any chance? It seems like lately everyone wants to jump on the competitive gaming train, so maybe Turtle Rock can do it as well. At first glance Evolve does seem like it could become successful on the eSports scene in time, but the developer doesn’t have any plans to add any supporting features such as a spectator mode from the get-go.

However, it’s very possible that such features could be added further along the line if the community asks for them. In fact, Turtle Rock Studios says that Evolve’s success as an eSport will be defined entirely by the players. “I think a lot of our eSports ambitions are going to be defined by players,” Evolve Creative Director Phil Robb told IGN. “The thing is, nobody makes a game for eSports. They make a game that is fun, and then the games come out and some of them work for eSports, and some of them don’t. It’s defined by the people playing them. I don’t think our game will be any different.”

Evolve is certainly very interesting to watch, which is one of the defining features of any successful eSport. Games like Dota 2, League of Legends, or Starcraft 2 all have this important quality, although they also have professional casters who make sure that you know what’s going on when you’re watching the games. Evolve doesn’t have that just yet, but it might at some point in the future. Robb thinks that the game has some eSports potential and the studio is ready to support it with additional features post-launch. “If people want it, we’ll support it, simple as that,” he explained. “I would not be at all surprised to see that in an update, like a free DLC or something.”

I’m Load The Game’s co-founder and community manager, and whenever I’m not answering questions on social media platforms, I spend my time digging up the latest news and rumors and writing them up. That’s not to say I’m all work and no fun, not at all. If my spare time allows it, I like to engage in some good old fashioned online carnage. If it’s an MMO with swords and lots of PvP, I’m most likely in it. Oh, and if you’re looking to pick a fight in Tekken or Mortal Kombat, I’ll be more than happy to assist! Connect with me by email markjudge (@) loadthegame.com only
@@MarkJudgeLTG
Previous This War of Mine developer giving free copies to pirates
Next Defiance goes free-to-play on the Xbox 360