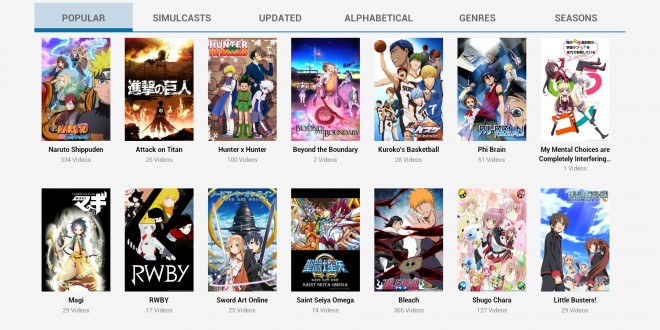 Crunchyroll App on Xbox One Now

Crunchyroll App on Xbox One Now

Crunchyroll, a popular anime video streaming site, is now on Xbox One. Crunchyroll is the most popular anime app available, bringing over 20,000 episodes of anime subtitled in English. The site doesn’t only deliver anime though, it also gives you access to Korean drama and live-action titles, mostly with a Japanese focus. Some of the more popular anime available are Naruto Shippuden, the recent Sailor Moon remake, Sword Art Online and One Piece. However, I would advise avoiding Naruto Shippuden and One Piece, as both have been going on for far too long and simply need to end. Sword Art Online has a great first half but then loses its focus and unique plot in the second half. The second season has been solid so far though. I never watched Sailor Moon but most have been enjoying the update to that classic anime with a catchy theme song. Crunchyroll also has Kill la Kill, a somewhat controversial anime but is undoubtedly excellent when it comes to depicting nonsensical combat. Unfortunately the Crunchyroll App does not have Neon Genesis Evangelion or the Rebuild movies, a true anime sin. Crunchyroll requires a membership and has two tiers, $6.95 gets you all anime, while $11.95 gets you all manga and drama as well.

Not only is the Crunchyroll App available, but Xbox One is also getting Movieplex and Encore Play. These two apps require a subscription to a “participating television provider” however. Both are free if you do, and have recent movies like Iron Man 3 (good) and After Earth (bad) and some old tv shows. Like Netflix, expect to be browsing what’s available more than you actually watch something.

Since release the Xbox One has been advertised as the “all-in-one” entertainment center, especially with that initial reveal of Microsoft seeking to deliver exclusive TV content such as Halo Nightfall. The Xbox One also can connect to your cable box for viewing television without having to change input.