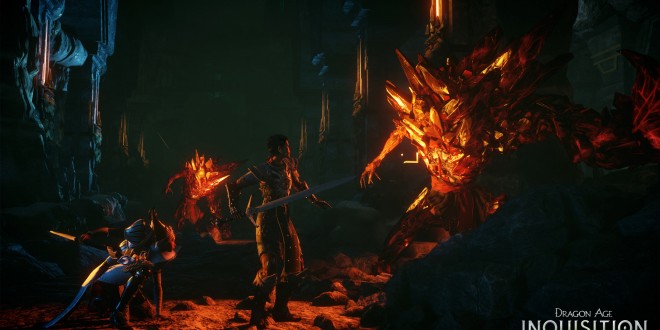 It’s a Tuesday which means the PlayStation Store Update went live with new content for you, the consumer, to enjoy. I’ll be going through and highlighting was to look for among the dump of data. This week especially was a doozy as Dragon Age Inquisition, Far Cry 4, Grand Theft Auto V, LittleBigPlanet 3 and WWE 2K15 all launched today.

On PlayStation 4 we have:

Dragon Age Inquisition – Definitely recommendable for those who love getting a lot of time for their spent money, and because it has gotten a lot of great reviews from almost every major critic outlet.

Far Cry 4 – Open world like Dragon Age but instead of swinging swords you will be shooting guns and hunting down animals in order to craft a bigger wallet. Also has been receiving a lot of praise, but if you want a deep, emotional plot, look elsewhere.

Grand Theft Auto V – This game was a behemoth last year, making a billion dollars in under a week. Now it comes to PlayStation 4 (and Xbox One) with updated graphics, a first person mode, and lots of new content for those who already experienced what Rockstar had to offer last year.

LittleBigPlanet 3 – This little game is going to be forgotten by a lot of people since it has the misfortune of releasing the same day as the above three games. The additional characters changes up the LBP formula a bit, but not enough to make me interested.

Never Alone – A very unique puzzle platformer following s a girl and a fox as they journey through an Arctic wasteland. The game is inspired by the Inupiaq people of Alaska and looks beautiful.

WWE 2K15 – This years wrestling release. Sometimes it does astound me that wrestling still exists, but at least it allows people to recreate Super Smash Bros in a realistic setting.

Middle-Earth Shadow of Mordor – The game impressed others with its gameplay and ties to Lord of the Rings lore, but didn’t really come across as worthwhile to me. The Uruk Captain system was very cool though, allowing you (after hours of playtime) to take control of lowly Orcs and have them ascend the ranks of the Orc army. This is the PlayStation 3 version, however, and the nemesis system isn’t as fully fleshed out as the PlayStation 4 and Xbox One versions.

Binding of Isaac Rebirth – Reminder to download this game while it is free. Not only do you get it on PS4 but it is also free on the Vita as well!

Lots of good sales this week, especially on Dead Space and Mass Effect 3.

That’s all for this week. The one thing to purchase would be Dragon Age Inquisition since it is guaranteed to eat up hours of your week. Look for a review on LoadTheGame.com in the near future!