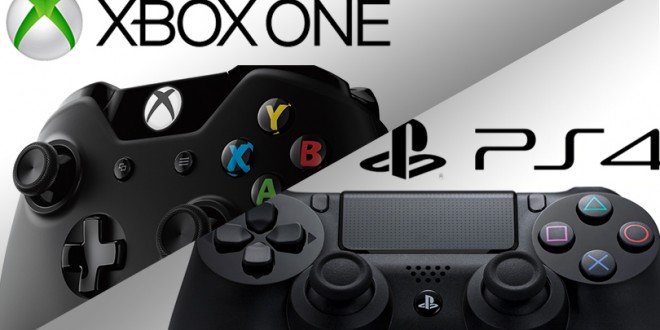 An Xbox and Playstation Collaboration is something that must have crossed every gamer’s mind. This may be looking far, far ahead to an ideal world but with all the complaints about Xbox and Playstation players being left out of content exclusive to the other it makes one think about a collaboration between the two. Do we really need two types of consoles out there? Each have their massive fan bases and have their own style of doing things which would undoubtedly clash big time. But what if they were to start anew with a their Xbox and Playstation console collaboration? What if there was only one console gamers needed to have?

I know that there are other consoles too, like the Wii but for the purpose of this article I’m purely focusing on Xbox and Playstation. (PC is a world of its own in my opinion)

There are so many reasons why an Xbox and Playstation collaboration is highly unlikely but humour me, if you will. A lot of the top grossing game titles these days are picking a side. Destiny favours Playstation players, releasing the DLC to them earlier and some missions being almost complete exclusives (until a lot later). Call of Duty favours the Xbox with similar exclusives and earlier content. Some, like Halo and The Last of Us, are even entire games exclusive to one or the other. Now I don’t fully understand the business side of things, but I can appreciate there’s probably little benefit from that stand point, I’m sure it would mean massive sacrifices on both sides, more so on the Sony side of things with them being well ahead in the console race. But, once again in an ideal world, isn’t it meant to be all about us, the consumer? And would it not be more beneficial for all of us if every game was on just the one console? Not everyone can afford one of each, I know I can’t, and even though I’m an Xbox fan through and through, there are many games exclusive to Playstation that I would really love to play.

There would undoubtedly be no end of dispute over which way to lean on each and every aspect of this hybrid console I’m dreaming of. Which controller type do they lean more towards? Do they keep the media aspect of the Xbox One? Who has final say on any of it? But I’m thinking purely from a consumer’s point of view. Isn’t it about time that we stop this constant battle of “Which is better Xbox or Playstation?” and all enjoy equal and unhindered access to all of these great titles that both consoles hold? Just imagine what they’d be able to do!

There are so many other things to think about concerning this topic, some people may not even want a collaboration, but if I had to guess I’d say that most would. I doubt my dreams of an Xbox and Playstation collaboration (“X-Station”? No?) are years away from being realised but a guy can dream can’t he?

I’m Load The Game’s co-founder and community manager, and whenever I’m not answering questions on social media platforms, I spend my time digging up the latest news and rumors and writing them up. That’s not to say I’m all work and no fun, not at all. If my spare time allows it, I like to engage in some good old fashioned online carnage. If it’s an MMO with swords and lots of PvP, I’m most likely in it. Oh, and if you’re looking to pick a fight in Tekken or Mortal Kombat, I’ll be more than happy to assist! Connect with me by email markjudge (@) loadthegame.com only
@@MarkJudgeLTG
Previous Dota 2: New hero, treasure, creep models, Compendium reward, and more coming with the next update
Next Far Cry 4 director sends a message to PC pirates