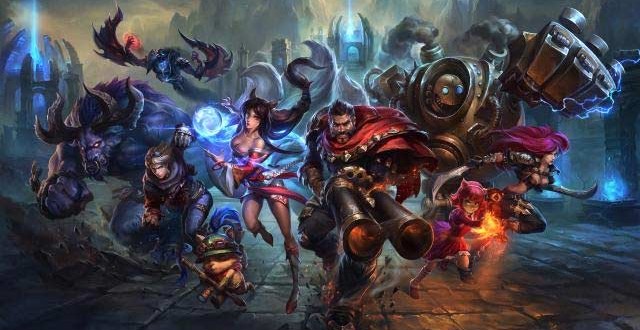 Patch 4.20 – also known as one of the biggest League of Legends updates ever – is now live. This is the first patch of the 2015 preseason and it’s all about “strategic diversity” according to Riot. If you’re thinking this sounds a little vague it’s because it does, but fortunately the company goes on to explain what this actually means. Patch 4.20 is aiming to offer League of Legends players “more paths to victory so that your in-game decisions matter just as much as the champions you pick.” Riot wants to achieve this by introducing various changes to map-wide objectives, overhauling the jungle, and adding a number of strategic items as well as modifying some of them.

As mentioned, patch 4.20 is one of the biggest League of Legends updates to date and Riot admits that it was a bit nervous to introduce so many changes at once. However, the company figured that the preseason is the perfect time for “refining, polishing, and evolving.” The company also adds that this is in fact just the beginning, which suggests that a lot more changes will be coming at some point in the future. For now though, League of Legends players will have more than enough on their plates with patch 4.20.  The full patch notes are absolutely massive and will probably take you quite a while to read, but if you’re a serious League of Legends player you might want to check them out here. On the other hand, if you’re only interested in a little overview regarding champion changes, especially junglers, you can take a look below.

“While we’re aiming to improve the quality of life for many junglers in the preseason, the truth is some junglers are going to get more mileage out of these changes than others. While it might be weird to get “pre-emptive” nerfs based on systems that haven’t been publically tested, these guys and gals (and mummies and rammii) just keep coming up in our internal playtests, and we don’t want to be responsible for Amumu (just an example) becoming more of a solo-queue star than he currently is. Second note – you’re going to see a stat called “growth stat” in these champion patch notes rather than “per-level” stats. The reason is due to some complicated math we’re rolling out regarding base stats and stats per level, all of which you can read about here.“

I’m Load The Game’s co-founder and community manager, and whenever I’m not answering questions on social media platforms, I spend my time digging up the latest news and rumors and writing them up. That’s not to say I’m all work and no fun, not at all. If my spare time allows it, I like to engage in some good old fashioned online carnage. If it’s an MMO with swords and lots of PvP, I’m most likely in it. Oh, and if you’re looking to pick a fight in Tekken or Mortal Kombat, I’ll be more than happy to assist! Connect with me by email markjudge (@) loadthegame.com only
@@MarkJudgeLTG
Previous The Crew’s first open beta announced for consoles
Next Far Cry 4’s map editor gets its own trailer